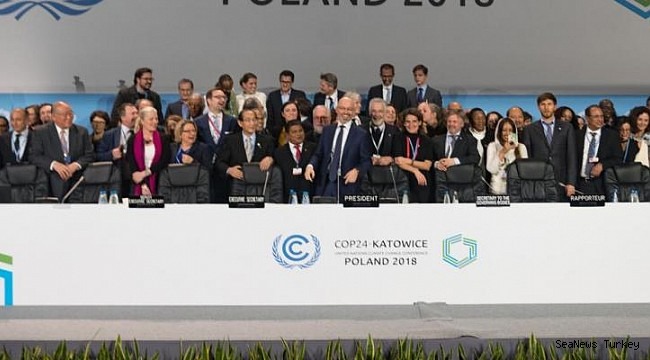 UN Climate Change News, Katowice, 15 December – Governments have adopted a robust set of guidelines for implementing the landmark 2015 Paris Climate Change Agreement.
The implementation of the agreement will benefit people from all walks of life, especially the most vulnerable.
The agreed ‘Katowice Climate Package’ is designed to operationalize the climate change regime contained in the Paris Agreement. Under the auspices of the United Nations Climate Change Secretariat, it will promote international cooperation and encourage greater ambition.
The guidelines will promote trust among nations that all countries are playing their part in addressing the challenge of climate change.
The President of COP24, Mr. Michal Kurtyka of Poland, said: “All nations have worked tirelessly. All nations showed their commitment. All nations can leave Katowice with a sense of pride, knowing that their efforts have paid off. The guidelines contained in the Katowice Climate Package provide the basis for implementing the agreement as of 2020”.
The Katowice package includes guidelines that will operationalize the transparency framework.
It sets out how countries will provide information about their Nationally Determined Contributions (NDCs) that describe their domestic climate actions. This information includes mitigation and adaptation measures as well as details of financial support for climate action in developing countries.
The package also includes guidelines that relate to:

The UN’s Climate Chief, Ms. Patricia Espinosa said: “This is an excellent achievement! The multilateral system has delivered a solid result. This is a roadmap for the international community to decisively address climate change”.
“The guidelines that delegations have been working on day and night are balanced and clearly reflect how responsibilities are distributed amongst the world’s nations”, she said.
“They incorporate the fact that countries have different capabilities and economic and social realities at home, while providing the foundation for ever increasing ambition”, she added.
The agreed guidelines mean that countries can now establish the national systems that are needed for implementing the Paris Agreement as of 2020. The same will be done at the international level.
Functioning together, these systems will ensure that nations can act in an atmosphere of trust and assess progress of their climate actions.
“While some details will need to be finalised and improved over time, the system is to the largest part place”, Ms. Espinosa said.
The main issues still to be resolved concern the use of cooperative approaches, as well as the sustainable development mechanism, as contained in the Paris Agreement’s article 6. These would allow countries to meet a part of their domestic mitigation goals through the use of so-called “market mechanisms”.
Market mechanisms provide flexible instruments for reducing the costs of cutting emissions, such as carbon markets.
Here, the Paris Agreement recognizes the need for global rules to safeguard the integrity of all countries’ efforts.
These global rules are important to ensure that each tonne of emissions released into the atmosphere is accounted for.
In this way, progress towards the emission limitation goals of the Paris Agreement can be accurately measured.
“From the beginning of the COP, it very quickly became clear that this was one area that still required much work and that the details to operationalize this part of the Paris Agreement had not yet been sufficiently explored”, explained Ms. Espinosa.
“After many rich exchanges and constructive discussions, the greatest majority of countries were willing to agree and include the guidelines to operationalize the market mechanisms in the overall package”, she said.
“Unfortunately, in the end, the differences could not be overcome”.
Because of this, countries have agreed to finalise the details for market mechanisms in the coming year in view of adopting them at the next UN Climate Change Conference (COP25).
Talanoa Dialogue and Action Before 2020
The Fiji-led Talanoa Dialogue, a year-long inclusive dialogue around ambition as it relates to the Paris Agreement, concluded at COP24, with the Global warming of 1.5C report by the Intergovernmental Panel on Climate Change (IPCC) as a major input.
“As the decision adopted indicates, there is a clear recognition of the IPCC’s role in providing scientific input to inform countries in strengthening their response to the threat of climate change”, Ms. Espinosa underlined.
“I thank all experts for their hard work and important contribution to the IPCC’s work”, she added.
The final High-Level session in Katowice resulted in the Talanoa Call for Action, which calls upon all countries and stakeholders to act with urgency.
Countries are encouraged to factor the outcome of the dialogue into efforts to increase their ambition and to update their nationally determined contributions, which detail nations’ climate actions, in 2020.
A High-Level stock-taking of actions taken before 2020 gave countries the opportunity to assess their current level of ambition. Another stock-taking is planned for 2019.
“While there are clearly gaps that remain, the stock-take of actions taken before 2020 and the Talanoa Dialogue have clearly shown that the world has built a strong foundation for climate action under the Paris Agreement”, said Ms. Espinosa.
Major Announcements
Many developed countries pledged financial support to enable developing countries to act. This is especially important for the replenishment of the Green Climate Fund.
Countries have sent significant positive signals towards GCF’s first formal replenishment, with Germany and Norway announcing that they would double their contributions.
The Adaptation Fund received a total of USD 129 million.
The engagement of multilateral development banks (MDBs), international organisations, businesses, investors and civil society at COP24 helped to build the political will towards the outcome in Katowice.
Many made key announcements, that were critical to build momentum. These include:Many more announcements were made and inspiring examples of climate action showcased at the Global Climate Action High-level events (For more information, see here).
The next United Nations Climate Change Conference will take place in Chile and consultations will provide clarity on the city and exact date of the conference in due course.
About the UNFCCC
With 197 Parties, the United Nations Framework Convention on Climate Change (UNFCCC) has near universal membership and is the parent treaty of the 2015 Paris Climate Change Agreement. The main aim of the Paris Agreement is to keep a global average temperature rise this century well below 2 degrees Celsius and to drive efforts to limit the temperature increase even further to 1.5 degrees Celsius above pre-industrial levels. The UNFCCC is also the parent treaty of the 1997 Kyoto Protocol. The ultimate objective of all agreements under the UNFCCC is to stabilize greenhouse gas concentrations in the atmosphere at a level that will prevent dangerous human interference with the climate system, in a time frame which allows ecosystems to adapt naturally and enables sustainable development.

COVID-19 pandemic, an 'unprecedented wake-up call' for all inhabitants of Mother Earth 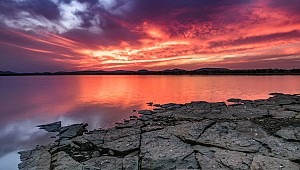 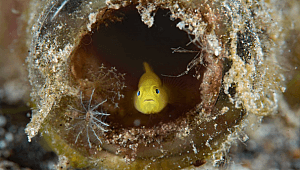 Deep clean: How ‘blue finance’ can save our oceans 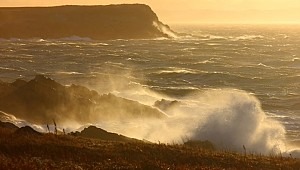