Maritime Accidents on the Bosphorus

The web site istanbul-pedia.com has complied the worst maritime accidents happened in Bosphorus. 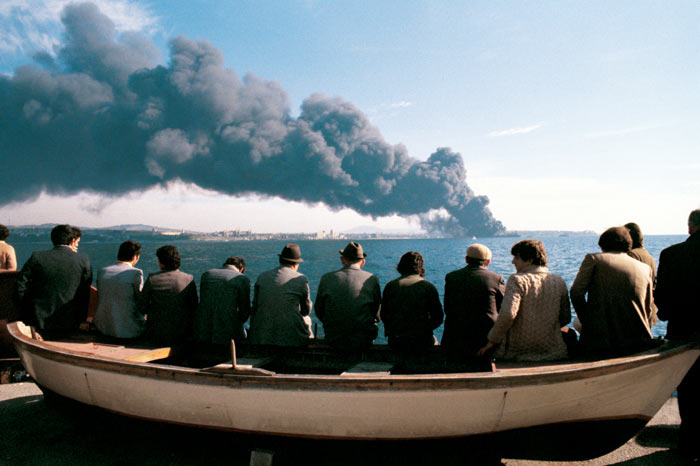 People usually think the Bosphorus is a very nice place to go on a tour, enjoy raki-balik meal at the restaurants and cafes around and live along the coast. Is it always true? Apparently not for some, especially the crew on some of the ships going through the strait and mansion owners along the Bosphorus.

Istanbul Strait has been open for international shipping traffic since the Montreux Convention was signed in 1936. The agreement gave Turkey control over the Straits and regulates military activitiy in the region and it is still in force today, with some amendments.

During the period from 1953 to 2002, 461 maritime incidents occurred in the İstanbul Strait or in its southern entrance at the Marmara Sea. The majority were collisions.

Italian vessel Ancona ran ashore and caused the downfall of a building under construction. 5 people died.

Romanian registered M/T Independenta collided with Greek ship M/V Evriali at Haydarpaşa Point. 43 people died in the exploding Romanian tanker. The tanker burnt for days and painted Kadikoy shore black. Some of the bodies were found on the coast of Bursa in the South of Marmara. 94,600 tons of crude oil spilled and the following fire lasted weeks. It took ten years to carry the wreckage.

Russian tanker M/T Volganeft-248 grounded at Florya Point with 4,000 tons of fuel-oil on board and split into two pieces. 1,500 tons of oil spilled to the sea. Clean-up operation of the contaminated recreational beaches took about two years.

Maltase vessel M/V Gotia stranded at Bebek Point. 22 tons oil spilled causing environmental damage to the boats in the marina and the structures at the waterfront.

This news 34334 hits received.
ANASAYFAYA DÖNMEK İÇİN TIKLAYINIZ
These news may also interest you
M/V CHENG MAY, giant bulk carrier went out of control in the Strait of Istanbul

Russian naval vessel passed through Dardanelles
These news may also interest you
M/V CHENG MAY, giant bulk carrier went out of control in the Strait of...