The importance of investigating and learning from marine incidents to improve safety is well known and regularly reported. The recent success of the concept of “Black Box Thinking” as a way of improving performance through learning from failures has brought investigations evermore into the mainstream. Yet, key to such an approach is the availability of trained and competent accident investigators.

In the rolling countryside of middle England, a revolution in how marine accident investigators are trained is underway and gathering pace. Many of the world’s leading maritime organisations are taking advantage of Cranfield University’s unique and transformative courses in accident investigation.

Recent high profile accidents, such as the collision between the USS Fitzgerald and container ship ACX Crystal off the coast of Japan in June, confirm that marine accidents sadly continue to occur with deadly consequences. With at least six investigations reportedly being carried out into the accident, it is to be hoped that consistent and agreed lessons can be made available in a timely fashion.

It is easy to speculate now on what may or may not have exactly happened on the bridges of both vessels and why. However, the reality is that the final casualty investigation reports containing detailed analysis and contributory factors may not be published for some time.

This will in part be due to the complexity of conducting an accurate and thorough investigation – by conducting effective witness interviews; by undertaking rigorous analysis of the four key types of evidence: people, physical, data and documentary; and by drafting a persuasive report including an effective set of recommendations – all of the core skills of a competent and well-trained investigator.

The aviation sector has long been seen to be at the forefront of accident investigation, with its emphasis on highly-trained teams of accident investigators meticulously examining and analysing evidence to prepare detailed reports. Although the marine industry has continued to take strides towards improving the transparency and reporting of incidents, it arguably still has a long way to go to catch up.

The latest edition of the must-read annual Allianz Safety and Shipping Review, published last month, reported an encouraging decline in the number of marine total losses and casualties. However, delve deeper, and the review also highlights continuing concerns in certain sectors, such as passenger vessel and ferry losses and container ship fires.

Without a doubt, advances in new technologies for automation and vessel monitoring, among other things, can and should hopefully help reduce the impact of human errors in the future. However, arguably with such developments come new risks and potential accident scenarios.  As Allianz sagely note, over-reliance on technology can have an adverse effect on safety – for example, the increasing dependence on electronic navigation tools to the detriment of more traditional skills.

Equally so, apparent advances in equipment and hardware can introduce their own risks and contribute to accidents. The Marine Accident Investigation Branch’s (MAIB) recently published exemplary investigation into the failed mooring line on the LNG carrier Zarga at Milford Haven, in March 2015, makes sobering reading. The fact that the investigation took over two years to complete is testament to the extremely thorough approach adopted by the highly-trained investigators of the MAIB. The report highlights a raft of contributory factors, not only relating to the conduct of the mooring operations, but also the design of the mooring deck and the rope itself.

A modern, seemingly efficient long-lay length jacketed high modulus polyethylene (HMPE) rope was being used, which provides higher tensile strength for a given diameter than an unjacketed braided rope. However, it took the investigation’s detailed analysis to identify that the rope had failed due to axial compression fatigue; this had not previously been recognised by the rope manufacturing industry as a likely failure mode for long-lay jacketed ropes. The vessel’s snap-back assessments had not fully considered the consequences of a rope parting on deck or the elasticity introduced by the previous fitting of a longer mooring line tail to the rope. Furthermore, the rope’s jacket meant that key discard criteria had not been identified during the regular visual inspections.

Without an investigation of this depth applying a rigorous analytical approach, it is likely that the underlying causes of the Zarga accident would still be unknown. And without the MAIB’s carefully-crafted recommendations addressing the identified issues, the risk of similar failures occurring in the future with potentially tragic consequences would remain.

The need for well-trained and competent marine accident investigators to learn from failures and improve safety is ever apparent. In an increasingly complex and changing world, the requirement for investigators to be able to apply the full toolkit of investigative skills is particularly evident. From interviewing difficult witnesses to analysing complex data; from drafting compelling reports to the use of drones, investigators need a broad range of skills to conduct effective investigations. Which is where Cranfield University comes in.

In 2004, Cranfield launched a new three-week multimodal course, Fundamentals of Accident Investigation. Developed with the guidance of the UK’s three Accident Investigation Branches: Air, Rail and Marine, the course runs three times a year and attracts delegates from the four corners of the globe across the transport disciplines and beyond. Focusing on developing the core skills required by a safety accident investigator, the emphasis is on balancing the practical skills of investigation with the theoretical knowledge required to successfully conduct investigations competently and safely.  Key elements of the course include the simulated accident exercises, incorporating an astonishing level of fidelity as well as workshops delivered in Cranfield’s unique Accident Laboratory.

Since 2013, Cranfield has also been successfully delivering a three-week Applied Marine Accident Investigation course to marine accident investigators from many of the world’s major investigation bodies and shipping companies. The course has been designed specifically for the maritime industry in close collaboration with the accident investigation community. This includes the MAIB, which continues to support the course, which is partly based in Southampton to enable visits to the MAIB’s offices.

Further details on the Applied Marine Accident Investigation course are available by downloading the brochure below. Places on the course are limited, so please act quickly to guarantee your place on this year’s course. 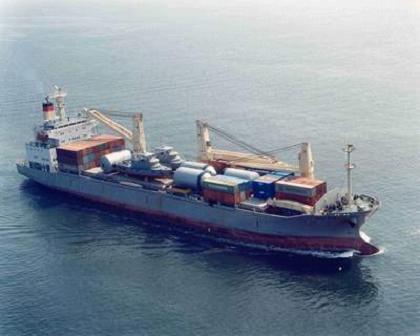