Shipping traffic through the Suez Canal has not been affected by the unrest in Egypt unlike operations at major ports where disruptions have rerouted some transhipment activity to Malta, according to industry sources. 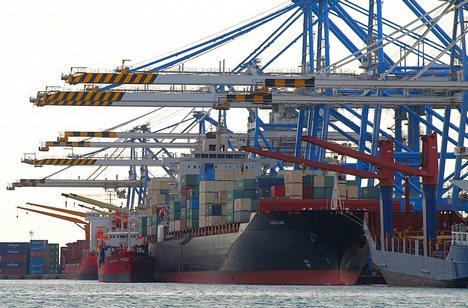 Shipping traffic through the Suez Canal has not been affected by the unrest in Egypt unlike operations at major ports where disruptions have rerouted some transhipment activity to Malta, according to industry sources.

The port disruptions were caused by lack of labour and IT systems that were not functioning properly because of the chaotic situation in Egypt.

The sources, who did not want to be named, said Mediterranean ports, including those in Malta, were benefitting from the situation although this was expected to be short-lived.

However, there are serious concerns about what could happen if the Suez Canal is blocked. It is a major shipping lane connecting the Mediterranean with the Red Sea and South East Asia and any disruption could have disastrous consequences.

“The Suez Canal contributes substantial revenue to Egypt’s economy and it is highly unlikely it will be blocked. Shipping through the canal has been passing as normal but if it is affected in any way it would deal a severe blow to Mediterranean trade flows,” the sources said.

The French shipping giant said its vessels transited normally through the Suez and maintained all their calls to Egyptian main terminals except the port of Ein Sokhna, which remained closed.

Egypt descended into further chaos yesterday with clashes between supporters of President Hosni Mubarak and protesters who have been calling for an end to the regime.

The unrest has caused jittery markets to push the price of crude oil above $100 a barrel, the first time in two years.

Egypt’s impact on the regional economy has been much higher than Tunisia’s, where unrest toppled former President Zine El Abidine Ben Ali three weeks ago.

According to veteran economist Karm Farrugia, Egypt has a big economy and is politically more influential in the region, leading to a greater degree of uncertainty. However, he did not believe the surge in the price of oil would be long-lived and any benefit to neighbouring countries in terms of trade and tourism would be short-lived.

“The surge in oil prices is to be expected because it is caused by panic buying and people act irrationally when they panic. The price will probably go down as fears of a disruption in oil supplies subside,” he said.

In fact, the International Energy Agency said yesterday it saw “no immediate threat” to energy supplies as Egyptian unrest contributed to market uncertainty. It urged oil producers to be sensitive to market signals and exercise flexibility in ensuring ample and affordable supplies.

The EIA said Egyptian oil and gas production facilities did not appear to be at risk because they were far from population centres.

“While disruption to the Suez passage through the canal and pipeline could have an important impact on oil and gas markets, it does not currently appear likely. If such a disruption did occur, a closure of the canal or pipeline would add considerably to the time needed to ship oil from the Middle East to markets in Europe and further westward but would not remove the oil from the market,” the agency said.

European oil stocks were ample, the agency added, providing a safety net in the case of supply disruptions.