For two months now, the United Kalavrvta tanker holding 1 million barrels of Kurdish crude has idled in international waters off the coast of Galveston, Texas, awaiting a District Court ruling on whether the oil will be allowed to be sold in the US. 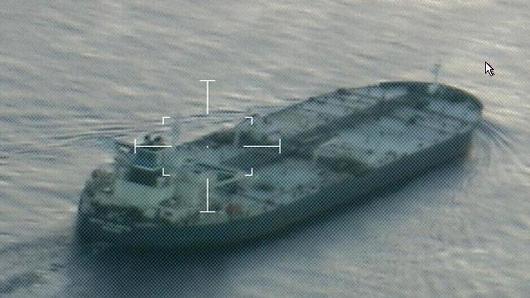 For two months now, the United Kalavrvta tanker holding 1 million barrels of Kurdish crude has idled in international waters off the coast of Galveston, Texas, awaiting a District Court ruling on whether the oil will be allowed to be sold in the US.

But if the Kurdistan Regional Government is hoping that the Obama administration will soften its stance in opposition to Kurdish oil exports, that doesn’t appear likely, even as the US seeks to aid the Kurdish peshmerga in their fight against the Islamic jihadist group IS.

Former Obama administration officials and trade experts say the White House has little to gain from allowing the semiautonomous KRG to further assert its independence from Iraq via oil exports, which could destabilize the war-torn region as other sectarian groups might also seek to break away from their central governments.

“It would be dangerous and destabilizing for the KRG to flout the sovereignty of the Iraqi central government because of the precedent that would send for other provinces in Iraq and other ethnically autonomous movements in the region,” said David Goldwyn, formerly the US State Department’s top energy diplomat who now serves as a consultant on international trade issues. “From a diplomatic point of view, it’s not a close call.”

Officially, the US has said that it would prefer to see all sales of oil produced within Iraq’s borders go through the Iraqi central government’s marketing arm, SOMO. However, the Obama administration has stopped short of saying it would outright block any sales of Kurdish oil.

As Iraq has been thrust into turmoil from the advances of the IS, the KRG, which has taken control of oilfields in the north of Iraq, has loaded several tankers from the Turkish port of Ceyhan, including the United Kalavrvta, in defiance of the Iraqi central government’s claim that it has the sole right to export and sell crude produced within Iraq’s borders.

The KRG has maintained that the Iraqi Supreme Court has upheld its authority to sell crude produced on its land, and it has appealed to the international community to allow such sales to help finance its efforts to defeat the IS.

A recent Congressional Research Service report noted that the KRG needs to find export markets for its crude if production is to continue, as storage tanks in Ceyhan are full, and it needs the revenue generated from oil sales to finance its government, with the Iraqi Central Government withholding the KRG’s share of the national budget.

“This is a grave danger and a huge concern to us, and it should be a concern to US national security,” Karwan Zebari, the KRG’s spokesman in the US, told Platts in an August interview, before the US began launching air strikes at IS targets in the region. “ISIS is a cancer to this region. We have to take care of the Kurdish people and the 1.2 million refugees that have come to us.”

But Goldwyn said the US can aid the peshmerga by providing arms, training and financial aid through the central government, without being permissive of Kurdish oil exports.

“All of those options would be more tolerable to the government in Baghdad than turning a blind eye to unilateral oil sales,” he said. “Longer term, while you can dial back financial, technical and military support as the ISIS threat is addressed, you can’t dial back that freedom to export oil and the fact that a province can have a different system than the rest of the country.”

Mark Herlach, a Washington-based attorney who focuses on energy and trade, said the US is also concerned about the KRG’s reported recent resumption of oil exports to Iran by truck. The US, of course, has imposed sanctions on Iran over its nuclear program.

“I find it unlikely that the United States would consider it to be in its interests to encourage the Kurds to sell their own oil, because of the way that would be perceived in Baghdad and because of the potential for that oil to be sold to purchasers whose interests might differ from those of the US,” Herlach said. “We don’t want to do anything that would aid the Iranian regime or help them stabilize their economy when we’ve been heavily sanctioning them.”

Meanwhile, the US District Court for the Southern District of Texas is still weighing the case of the United Kalavrvta, determining whether it has jurisdiction under US maritime law to rule on whether the oil belongs to the KRG or Iraq.

The buyer of the cargo has yet to be identified, presumably waiting until either the court rules or the two sides come to a resolution on the case, an unlikely prospect.

Expect an appeal, no matter which way the verdict goes. Goldwyn says if the case gets appealed to a higher court, the Obama administration may feel compelled to file an amicus brief stating its preference, which could force the Iraqis and Kurds to the negotiating table.

“That would be a bellwether on how far the US wants to lean forward on this issue,” he said. “The US is only opposed to the marketing of KRG oil outside of an agreement between Baghdad and Erbil. This could be a bargaining chip.”