The LBV is scheduled to be delivered at the end of September 2020 and will be the first LBV to be operated in Japan. After the delivery, the LBV will be based at JERA’s Kawagoe Thermal Power Station and commence ship-to-ship LNG bunkering business for LNG-fueled vessels.

The expertise and strengths of each company will be utilized to provide LNG bunkering solution in the Chubu region and promote a shift to marine LNG for ships. 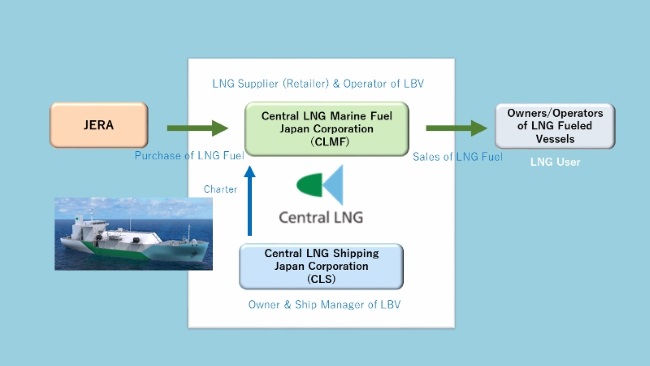 Compared to heavy fuel oil, the use of LNG can reduce emissions of sulfur oxides (SOx) and particulate matter (PM) by approximately 100%, nitrogen oxides (NOx) by as much as 80%, and carbon dioxide (CO2) by approximately 30%.

ISGEM Group has signed another partnership agreement with S.Korean Jeonjin-Marin...