The first two of Iran ’s fleet of five oil tankers delivering fuel to Venezuela have successfully arrived in Venezuela. Faced with the "intimidation" of Venezuela and Iran, the US Navy did not implement the interception, and the US warship cruising offshore Venezuela suddenly "counseled", and the blockade plan seems to have collapsed.

The first two of Iran ’s fleet of five oil tankers delivering fuel to Venezuela have successfully arrived in Venezuela. Faced with the "intimidation" of Venezuela and Iran, the US Navy did not implement the interception, and the US warship cruising offshore Venezuela suddenly "counseled", and the blockade plan seems to have collapsed.

According to foreign media reports, Iran dispatched 5 tankers to provide 1.53 million barrels of gasoline and spare parts to Venezuela. The 5 ships were "Fortune", "Forest", "Petunia", "Faxon" and "Clavel". "number.

On May 23, the "Fortune" entered the waters of Venezuela and was escorted into the port by the Venezuelan Bolivarian Navy. It is currently berthed at berth 2 of the El Palito refinery in Caracas, west of the Venezuelan capital.

On May 24, the "Forest" tanker also entered the Venezuelan exclusive economic zone (EEZ), the same as the "Fortune", and the "Forest" was also escorted by the Venezuelan warship. This also means that after a long voyage, Iranian ships finally entered a safer sea area. Three other tankers are still sailing in the Atlantic.

The Iranian embassy in Venezuela said on a social platform: "The first Iranian tanker arrived on the coast of Venezuela. Thanks to the Venezuelan armed forces for escorting them." The Venezuelan national television station also broadcast a picture of naval warships and aircraft welcoming the "Fortune" tanker. The Maduro government pledged that once the tanker arrived in the exclusive economic zone of Venezuela, the military would be responsible for escorting.

At this time, Iran's fuel transportation to Venezuela can be described as "sending charcoal in the snow". Venezuela is currently in urgent need of fuel, because Venezuela ’s refining network can only operate at about 10% of its 1.3 million barrels of daily production this year, forcing Venezuela to rely on imports under US sanctions restricting the sources and types of fuels available to it. As a result of severe gasoline shortages, as many as 1,800 gas stations in Venezuela were forced to be partially closed for several weeks. Iran ’s fuel oil can undoubtedly effectively alleviate this situation, and to some extent offset the pressure caused by US sanctions.

Venezuelan President Maduro thanked Iran on May 24. He said: "Venezuela and Iran both hope for peace, and we have the right to trade freely." "The revolutionary peoples of the two countries will never succumb to the US emperor." Maduro said that many Venezuelan refineries will use Iranian tankers Gasoline and chemical preparations come to produce gasoline.

Mohammed Malandi, a professor at the University of Tehran, said that the United States has no right to decide how Iran and Venezuela conduct business. Malandi said: "The important thing is that this is a trade relationship between two sovereign countries, and the Washington regime has no right to make provisions for the international community." He also said: "Iran is not as weak as some EU member states. When countries annoy the United States, they bow their heads to the United States. (Iran) sent five ships instead of one or two. This is an important message. The Iranians did this to provide support to the Venezuelan people to prevent them from suffering. It also expresses contempt for American hegemony. "

Morgan Ortagus, a spokesman for the US State Department, said the same day that Iran ’s transportation of gasoline to Venezuela indicated that Maduro was “improperly managed” and “made expensive transactions” with Iran.

Ortagus declined to explain what measures the US side is considering to deal with Iran ’s oil shipment to Venezuela.

After Iran warned of missile attacks and Venezuelan warships were loaded with guns and escorted to the sea, American warships cruising offshore Venezuela suddenly "coerced".

According to a report by Iranian English News TV (Press TV) on May 24, several warships and fighters of the Venezuelan Navy recently opened fire and sunk target ships in the exclusive economic zone of their own seas, warning the US ships not to interfere and obstruct the transportation of gasoline and related to the Venezuela Iranian tanker of petroleum products. The formation of US warships that are engaged in battle cruises in the waters near Venezuela in the name of anti-narcotics is forced to open the fairway and release the green light to the Iranian "Fortune" tanker. On the 24th local time, the "Fortune" and the escorted Venezuelan warships joined, and soon arrived at the port of Caracas to berth, and millions of barrels of gasoline and oil products began to unload.

As a common ally of Venezuela and Iran, Russia has penetrated the truth of the release of Iranian tankers by US warships through the media.

According to reports, a letter to Trump from 14 former U.S. intelligence officials was also exposed on the 24th. They warned against taking military action on Iranian tankers delivering fuel to Venezuela because it will lead to conflicts that are “not in line with” US interests. occur. The Iranian media stated that Teheran and Caracas' coordinated and tough moves have made Washington retreat. The actions of Venezuelan warships and fighters have made American warships aware of the danger of direct conflict, so they chose to "release" at a critical moment. Iranian tanker.

Previous reports have shown that at least four Alibaba-class guided missile destroyers, two Littoral combat ships, one wasp-class amphibious assault ship, and several P-8A "Poseidon" anti-submarine patrol aircraft recently arrived in the Caribbean Sea near Venezuela. In this regard, the Iranian Ministry of Foreign Affairs, the military, and the Presidential Palace have issued warnings that if the US military dares to "infringe" Iran's rights in navigation and trade, the US interests and goals in the world will pay a "price." Venezuela sent its main surface warships and several Su-30 fighter jets to the sea to relay Iranian tankers with actual actions.

After successfully escorting the "Fortune" tanker to the coast of Venezuela, the Venezuelan warships and fighters continued to return to the relevant sea and air for vigilance to ensure the safe arrival of the remaining 4 Iranian tankers.

"Russia Today" television quoted a senior official from the Russian Ministry of Defense as saying that the Russian side sent information to Washington through various channels during the period of the "Iranian tanker crisis", saying that Moscow will never turn a blind eye to interference in Venezuelan affairs . The tough measures of the Venezuelan warships to fire warnings also received Russian support. Judging from the current results, Venezuela and Iran have initially won the "first round" contest, and then the possibility of US warships intercepting other tankers is disappearing. Russian military officials said that this once again punctured the true face of Washington's "inner weakness." The US warships are obviously only preparing for intimidation and not intending to actually intercept Iranian tankers, which shows that the Trump administration ’s “extreme pressure” policy has come to an end. 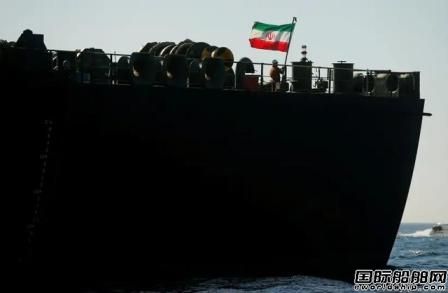 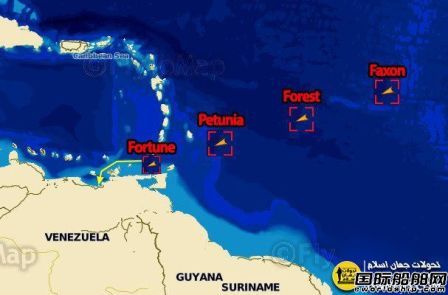 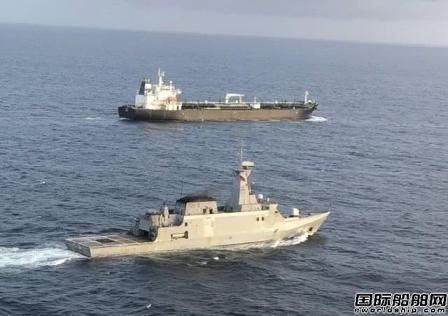 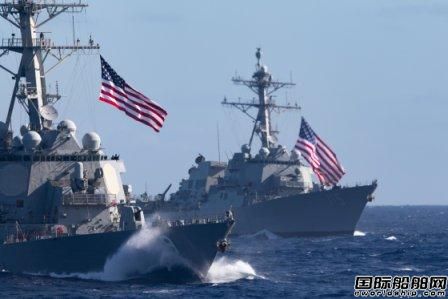