IMO and BSC join hands to protect the Black Sea 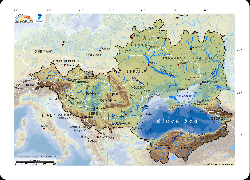 Bringing together civil servants, legal experts and scientists from six Black Sea littoral states, the workshop was the first joint activity within the framework of a recently signed Memorandum of Understanding between the two organizations.

Being almost completely isolated from the world's oceans, the Black Sea's unique ecosystem is extremely vulnerable to threats generated by human activities. Possibly one of the greatest of these is the transfer of invasive species in ships' ballast water.

It is estimated that about 3 to 10 billion tons of ballast water is transfered globally each year, potentially transferring from one location to another thousands of marine species that may prove ecologically harmful when released into a non-native environment. The effects of the invasive species have been devastating in many areas of the world, and the Black Sea has suffered badly.

Invasive species can have significant-negative impacts on the economy and ecology of the areas they invade. In the Black Sea, they have reproduced rapidly and they can infest an area in a very short time, displacing the native species and often resulting in dramatic depletions of fish stocks.

The workshop, which took place recently, was hosted in Odessa by the State Administration of Maritime and Inland Water Transport, Ministry of Transport and Communications of Ukraine.

The Memorandum of Understanding between IMO and the Black Sea Commission was signed on July 8, 2010 in order to increase mutual support for several environmental aspects of shipping, including oil pollution preparedness, ballast water management and dumping of waste.

In 1992, realizing the importance of the Black Sea, its fragile and unique ecosystem as well as the unique role it plays in the lives of the people of the region, the six coastal countries (Bulgaria, Georgia, Romania, the Russian Federation, Turkey and Ukraine), meeting in Bucharest, signed the Convention on the Protection of the Black Sea Against Pollution - known as the "Bucharest Convention." The Black Sea Commission is the intergovernmental body established to implement the Bucharest Convention, which provides the legal framework for regional cooperation and the actions needed to reduce pollution and increase protection in the marine environment. The permanent secretariat of the Black Sea Commission is hosted by Turkey and located in Instanbul.

Meanwhile, comprehensive details of all ships' routeing measures adopted by IMO worldwide can be found in the 2010 edition of Ships' Routeing, just published by the International Maritime Organization.

Containing all the ships' routeing measures, including mandatory ship reporting systems, adopted over the years, up to May 2010, the publication is an essential reference book for administrations and seafarers.

Included in the publication are descriptions and definitions of the different measures adopted (in parts A and H), with individual measures outlined in detail, including reference maps and coordinates, in parts B (traffic separation schemes), C (deep-water routes), D (areas to be avoided), E (other routeing measures, such as recommended tracks, two way routes and recommended directions of traffic flow), F (the rules and recommendations on navigation that are associated with particular traffic areas and straits), G (mandatory ship reporting systems, mandatory routeing systems and mandatory no anchoring areas) and H (archipelagic sea lanes).

Meanwhile, the Council of the International Maritime Organization has endorsed the decision of a Panel of Judges that the 2010 IMO Award for Exceptional Bravery at Sea should go to Fourth Engineer James Fanifua, a Fijian national, of the M/V Scarlett Lucy, nominated by Australia for his part in the dramatic rescue of two survivors from the sunken yacht Sumatra II, in May 2009, amid severe weather conditions in the Tasman Sea.

In rescuing one of the survivors, Fanifua placed himself in great danger. Exhibiting little regard for his own personal safety, he went over the side of his ship, into very rough seas, to pull an exhausted elderly man from the water and carry him to the safety of the ship.