Cape Town was at the centre of a dramatic sea rescue operation when the NSRI played a part in the air-lifting of the captain of the 140-metre gas tanker, St James Park, 150 nautical miles west of Cape Point. 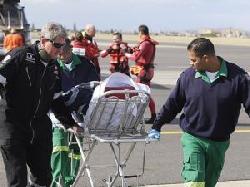 Cape Town was at the centre of a dramatic sea rescue operation when the NSRI played a part in the air-lifting of the captain of the 140-metre gas tanker, St James Park, 150 nautical miles west of Cape Point.

The Maritime Rescue Co-ordination Centre (MRCC) informed NSRI Air Sea Rescue Station Commander Andre Beuster at 4pm on Friday that the 53-year-old Ukrainian captain of the tanker, sailing from Chile, was in a “serious but stable” condition. It has been confirmed that the captain has acute renal failure. 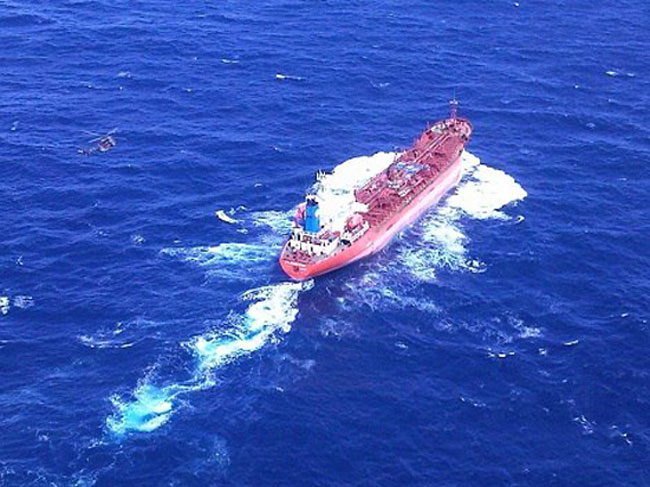 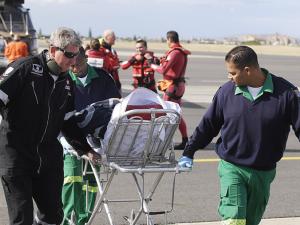 NSRI rescue swimmer Kobus Barnard and two paramedics attend to the Ukrainian captain, who has acute renal failure. A replacement captain was lowered to the tanker. Photo by Michael Walker

“The MRCC instructed the ship, at the time in deep sea and beyond range of a rescue mission, to make best speed in the direction of Cape Town while a Metro EMS duty doctor relayed medical advice to the ship’s medic to assist with stabilising their captain,” Beuster said.

A replacement captain was flown out to the ship.

“Arrangements were made through the ship’s Cape Town agent, Synergy Freight International, for a relief captain to be airlifted to the ship as part of the rescue mission.

“The relief captain flew into Cape Town International Airport (yesterday) morning and was taken on board one of the SAAF 22 Squadron Oryx helicopters and flown to the ship.”

Involved in the rescue were:

On each helicopter were two SAAF pilots, an SAAFengineer, an NSRI rescue officer, NSRI rescue swimmer, and a Metro EMS paramedic.

The Dakota took off from Ysterplaat at 12.30pm and, once it located the ship, relayed the co-ordinates to the Oryx helicopters, which left at 1.15pm.

“The rescue went smoothly. We received the co-ordinates from the Dakota aircraft and followed our navigation systems to locate the ship,” said Alex van Oostveen, 22 Squadron Oryx commander.

“We found a suitable area on the ship and dropped down an NSRI rescue swimmer and a Metro EMS paramedic. We then dropped down the replacement captain and hoisted the sick captain up.”

The operation lasted three hours and 20 minutes, after an hour’s delay in the morning while the ship was outside the range for the helicopter to reach it.

“The ship was about 150 nautical miles out at sea. The Dakota not only had to locate the ship, but also check out the weather conditions,” Beuster said.

“We then had to make a decision on whether to continue the rescue or turn back.

“We saw it was decent weather so we were over the target for only 10 minutes or so.”

The captain was taken to Christiaan Barnard Hospital.