THE global containership fleet has surpassed 20 million TEU, driven by mega ship orders, but a new era is dawning in which the feeder ship is king, says London’s Clarksons Research. 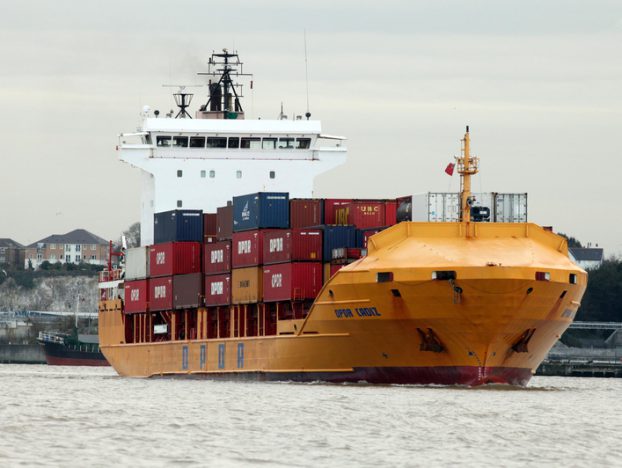 First half's 75,000 TEU new ships are 3,300 TEU or less
THE global containership fleet has surpassed 20 million TEU, driven by mega ship orders, but a new era is dawning in which the feeder ship is king, says London’s Clarksons Research.
In the first half of 2016 only 75,000 TEU of new capacity was ordered compared to 2.2 million TEU over the whole of 2015. H1 2016 saw 36 units contracted, and all were 3,300 TEU or below in size, Clarksons discovered.
The global liner network requires the integration of ships of all sizes, but the focus of investment in recent years has been on the big ships. Over 80 per cent of capacity ordered since the start of 2010 has been for ships 8,000 TEU and above.
The orderbook below 3,000 TEU is limited, equivalent to 10 per cent of fleet capacity compared to 33 per cent above 8,000 TEU, and modern units are scarce. Demolition has picked up pace; 724 boxships have been sold for scrap since start 2012, about 70 per cent of them below 3,000 TEU.
The feeder fleet has been shrinking since 2H 2011, with capacity below 3,000 TEU expected to see no real growth this year or next. Furthermore, there are limits to network flexibility and the further cascading of larger ships into the feeder arena.
The share of intra-regional deployment accounted for by ships 3,000 TEU and above has been fairly flat at just below 30 per cent for some time. If extra intra-regional capacity is needed, that's likely to mean demand for smaller units.
Many market players foresee the likelihood of further activity in the feeder sector. "Expectations remain of further limits to cascading and improved intra-regional trade growth (four per cent projected for intra-Asia in full year 2016).
"Improved charter rates, attractive pricing and available finance would help the investment case further, but the fundamentals for future requirement look supportive," said Clarksons.

Marseilles Fos container volumes up 3pc in first half to 623,137 TEU