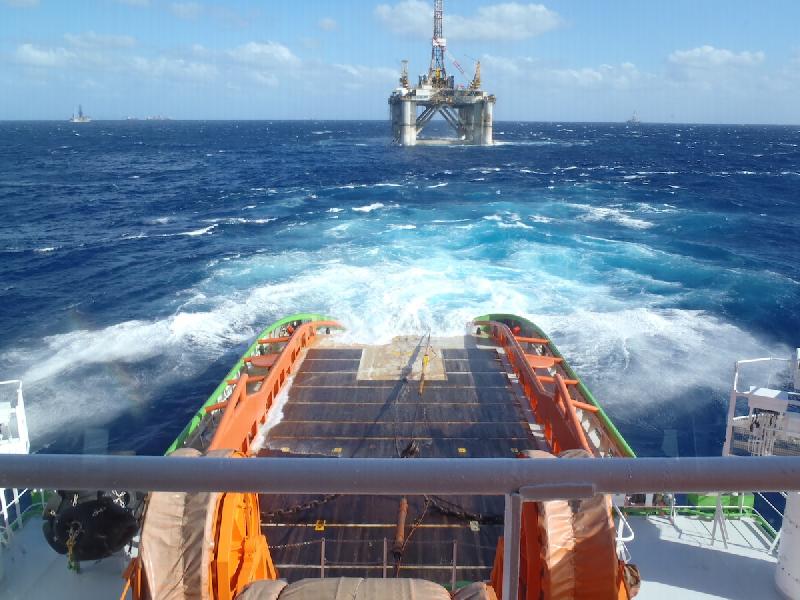 Super tug Fairmount Glacier has delivered rig Falcon 100 safely offshore Pointe-Noire, Congo. The rig was towed from Rio de Janeiro via the South Atlantic Ocean over a distance of over 3.400 miles.

The Falcon 100 is a 1974 build semi submersible drilling rig, owned by US based Transocean and capable to drill to a depth of 7.620 meters. The rig has a length of 79 meters long and a breadth of 66 meter