The European Commission is getting tough on vessel operators who continue to flout safety norms and standards.  The EC has warned that substandard ship operators calling in T European ports, starting from next year, will be named and shamed. 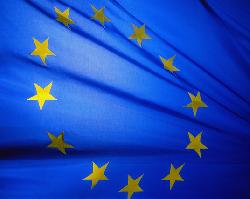 The European Commission is getting tough on vessel operators who continue to flout safety norms and standards.  The EC has warned that substandard ship operators calling in T European ports, starting from next year, will be named and shamed.

The system consists of a pre-determined classification schedule. All ship operators will be classified based on the schedule, and listed on the register.  The list will be made available to the public.  There are a number of criteria that the system will take into account while determining the classification, and these include vessel type, kind of deficiencies, as well as the number of detentions within the Paris Memorandum of Understanding area.

If you are a vessel operator who performs well and is not found to have many deficiencies, you will be rewarded by simply being subjected to fewer inspections.  On the other hand, ship operators who continue to flout safety standards will eventually be forced out of the waters, or at least that's the plan.

The European Commission expects not to find too many European ship operators at the bottom of the list.  They believe these companies typically follow safety standards, and are less likely to be in violation.  They are however concerned about ships coming in from Asia and trading on the Black Sea.  These ships are typically found to have more numbers of deficiencies.

It's not so hard nowadays for vessel operators to transfer ships between owners and operators, but the European Commission believes it's got that covered.  The system is almost foolproof, and will not allow operators to try shady tactics to avoid getting named and shamed.

As Texas maritime lawyers, we know that something like this wouldn't have widespread support in the US where there is so much emphasis on being politically correct.  But if it were to be transferred to our ports, it could significantly improve the way maritime companies look at safety, and could also force them to be more invested in safety standards.