Euronav continues VLCC buying spree
EURONAV is to buy another four Japanese-built VLCCs for a total price of $342 mill from Maersk Tankers, following the 15 purchased last year.
The so called ‘Maersk H‘ class are on average three years old and were recently purchased by Maersk Tankers from their respective owners having previously been on bareboat charter.  This will leave Maersk with just two VLCCs on bareboat charter.
Euronav said that this acquisition fits into its strategy to further strengthen its position as the leading listed crude tanker company, while Maersk maintained it was part of its strategy to exit the crude tanker sector.
Three vessels are expected to be delivered in the third and fourth quarter of this year while the remaining vessel will be handed over in the second quarter of 2015.The acquisition of the four vessels will be partly financed with funds raised through a private placement of new shares within the authorised capital, which was launched on 8th July.The new shares will be offered to institutional investors selected through an accelerated book build offering.
EURONAV said that it intended to raise $100 mill in this private placement.The company also intends to raise a further $200 mill in bank debt for this acquisition.Petercam is acting as global co-ordinator and settlement agent and, together with DNB Markets and Deutsche Bank, London Branch, as joint book runners for the placing of the shares.Subsequently, EURONAV announced that it had raised $125 mill in gross cash proceeds through a private placement of new shares to institutional investors. Following strong demand, the company decided to increase the initial offering from $100 mill to $125 mill.
Euronav said that it thought a more balanced tonnage list, coupled with increased tonne/miles, should help to further improve the state of the tanker market for the rest of 2014 and 2015.As a result, it said that it did not intend to place speculative newbuilding orders, but will continue to explore the secondhand market.Elsewhere Tsakos Energy Navigation (TEN) said that it had taken delivery of the recently purchased 2013 and 2012-built Suezmaxes, ‘Eurovison’ and ‘Euro’, sister vessels to the 2011-built ‘Spyros K’ and ‘Dimitris P’.‘ Euro’ is currently on a 16-month charter to a major US oil company at a rate with escalation clauses and is expected to gross revenues of about $12 mill, while ‘Spyros K’ and ‘ Dimitris P’ are on an average of nine year contracts with profit sharing provisions to a major Far East concern with expected minimum revenues of $142 mill.
In total, three of the four sister vessels have secured forward minimum gross revenues of around $154 mill while the fourth, ‘Eurovision’, is operating on the spot market.The performance of these new acquisitions will start to be reflected in the third quarter of this year and in full from the fourth quarter onwards, TEN said."The addition of these two modern Suezmaxes to the existing sister units, further solidifies TEN's presence in the crude sector and reaffirms the company's chartering strategy. Two vessels are on long timecharters with profit sharing, the third is on a medium timecharter with escalations and the fourth is already taking advantage of an improving spot market," said Nikolas Tsakos, TEN president and CEO. "The sistership concept is a permanent theme for TEN, as it provides our customers with choice and interchangeability, while at the same time it generates economies of scale that provide savings that go straight to the bottom line."Other sales reported recently included the VLCCs‘B Whale’ and the ‘H Whale’  built 2010-2011 respectively and recently a part of the TMT fleet, were said to have been committed to Olympic Shipping at $60 mill each through an auction.
In the MR segment, Greek interests were said to have paid $8.5 mill for the 1996-built ‘Limar’, while undisclosed interests were believed to have purchased the 1999-built MR ‘Hellas Progress’ for $10.5 mill.Broking sources also reported that Greek interests had picked up two MR newbuildings at SPP for $37 mill each in a resale deal.
They are due to be delivered next year.In the newbuilding sector, AKPS and Philly Tankers, through their subsidiaries, have entered into firm contracts for two eco-design product tanker newbuilds and options for two additional vessels of the same type.Following the earlier announcement in June, Philly Tankers has successfully secured equity commitments necessary to finance the purchase of the two Jones Act MRs from AKPS with deliveries in 2016 and 2017.Tianjin Marine, whose controlling shareholder is the HNA Group, has signed a letter of intent with Dalian Shipbuilding Industry (DSIC) for two VLCCs.The two vessels are scheduled for delivery at the end of 2016 and early 2017.
An official contract will be signed in October.According to Chinese news reports, more large tankers are likely to follow. Under a financial plan revealed in August of last year, Tianjin Marine could order up to 10 VLCCs.In the charter market, the 2007-built VLCC ‘Spyros’ was thought fixed to Repsol for 12 months at $24,000 per day.BP was believed to have fixed the 2012-built Suezmax ‘Eagle San Diego’ for 12 months at $19,500 per day, while Suncor was said to have taken the 2004-built Aframax ‘Sparto’ for three years at $20,500 per day. In the MR segment, Trafigura was reported to have fixed the 2009-built ‘Buddy’ for 12 months at $13,750 per day and finally, Repsol was said to have fixed the 2006-built Handysize ‘Sloman Themis’ for 12 months at $13,500 per day. 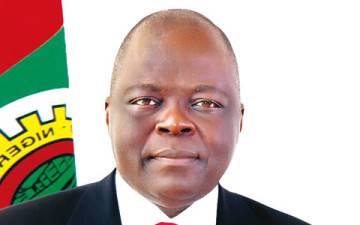