MAERSK Line, anxious to serve its bottom line in a socially responsible way, says it wants to work with authorities to upgrade the ship breaking beaches of Alang in Gujarat state on India's northwest coast. 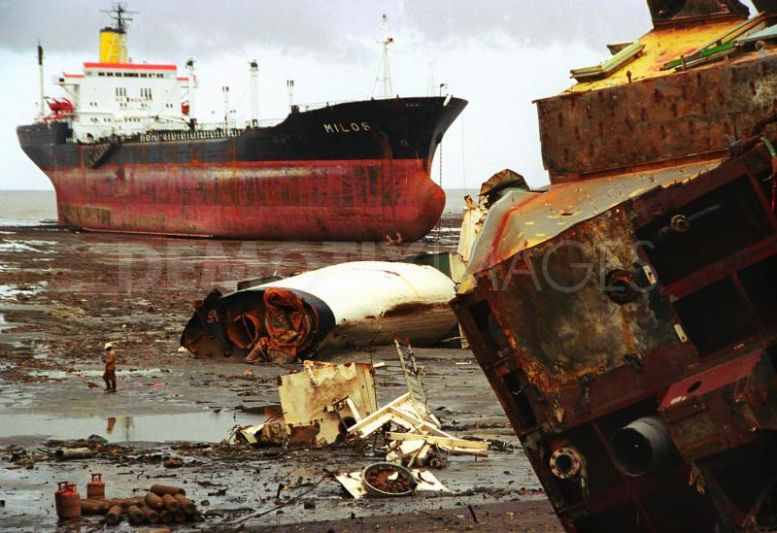 Eco groups sneer at Maersk efforts to upgrade Alang shipbreakers
MAERSK Line, anxious to serve its bottom line in a socially responsible way, says it wants to work with authorities to upgrade the ship breaking beaches of Alang in Gujarat state on India's northwest coast.
Maersk said it costs US$1 million to $2 million more to scrap ships in ways that would satisfy environmentalist critics, reports American Shipper.
Eco lobbies, such as Belgium's NGO Shipbreaking Platform and Transport and Environment, as well as the American Basel Action Network (BAN), say Indian shipbreakers must enjoy western working conditions before getting work from shipowners.
But Maersk Group plans to help selected Alang shipbreakers to upgrade facilities and practices to comply with its standards for scrapping old vessels, said a company statement.
"Steady improvements of conditions have been witnessed in ship recycling yards in Alang in the last couple of years and today a total of four yards in Alang are certified to the standards of the International Maritime Organisation and Hong Kong Convention," Maersk said.
Maersk said that after visiting upgraded beaching facilities in Alang, it has "concluded that responsible recycling can be accelerated in the area, if the engagement is made now", reported American Shipper.
Said Maersk sustainability chief Annette Stube: "We want to play a role in ensuring that responsible recycling becomes a reality in Alang. We are building a broader coalition with other shipowners and have initiated engagement with carefully selected yards in Alang."
Out of 768 ships scrapped worldwide in 2015, 469 - or 74 per cent - went to the beaches of India, Pakistan and Bangladesh.
But eco lobbies denounce this. "It is hypocritical to see Maersk's engagement in India presented proudly in the company's CSR [corporate social responsibility] Report as one that aims at promoting higher standards.
"The fact is that they are already selling ships now to facilities that operate under conditions that would not be allowed in Europe," said Ms Heidegger.