The California resident Rick Ehlert was captured on ship surveillance video aboard the MS Ryndam on Saturday morning donning work gloves and deploying the anchor as the ship was in motion, according to a federal court affidavit. 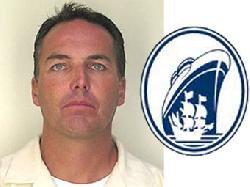 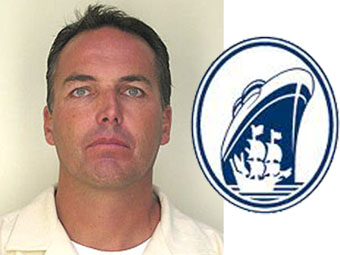 Rick EhlertTAMPA - Rick Ehlert told investigators he was intoxicated when he released the anchor of a cruise liner as it chugged from Costa Maya, Mexico, to Tampa.

The California resident was captured on ship surveillance video aboard the MS Ryndam on Saturday morning donning work gloves and deploying the anchor as the ship was in motion, according to a federal court affidavit.

The Holland America ship wasn't damaged, but it could have been, according to the affidavit, which says releasing an anchor on a moving cruise ship could damage the rudder and propeller, disabling the vessel's ability to maneuver. It could puncture the ship, causing it to flood or sink.

Now Ehlert, 44, is facing federal charges of attempting to destroy, disable or wreck a vessel and attempting to damage a ship in a manner likely to endanger its safe navigation. He faces up to 20 years in prison and a $250,000 fine on each charge.

Shortly after the anchor was released at 5:25 a.m., someone deployed a life buoy from Deck 11, the affidavit states.

After about 40 minutes, with everyone accounted for, passengers were allowed to leave the deck.

After being identified on the video, Ehlert, who was on the cruise with his girlfriend, spoke to the FBI and the U.S. Coast Guard Investigative Service.

He told investigators he knew how to release the anchor because he owns a 50-foot boat with a similar anchor, according to the federal affidavit.

The MS Ryndam is 719 feet long, with a capacity for 1,260 passengers and 580 crew members, according to the Holland America website. It weighs more than 55,000 tons and can travel at speeds up to 22 knots.

Holland America spokeswoman Sally Andrews said the company could provide no information beyond what was contained in the federal complaint affidavit.