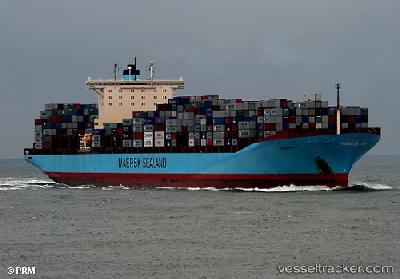 Of the 2,972 vessel calls vetted at pre-selected ports in the first quarter, only 51 per cent were on time, a decline from 55 per cent achieved in the last three months of 2010, said Drewry.

Drewry blamed the decline on sinking freight rates and high oil prices, saying the link between the two phenomena has been apparent since the first quarter of 2010.

"It can be assumed that low rates reduce the incentive to deliver above-average service reliability," said Simon Heaney, editor of Schedule Reliability Insight. "Escalating fuel prices mean carriers are probably less inclined to speed up if the ship falls behind schedule."

Mr Heaney said that the first quarter was also afflicted with many service changes and additions. Such "tinkering", he said, undermined reliability in the short term.

The transpacific route showed the best performance, despite showing the biggest decrease in schedule reliability, where it slipped from 64 per cent in the fourth quarter to 55 per cent in the first quarter of 2011. Asia-Europe fell one point to 49 per cent, while transatlantic services went down to 52 per cent from 55 per cent.

Maersk Line slipped from the top spot to be superseded by CSAV, which improved its on-time rate to 69.1 per cent, up from 45.5 per cent, noted Newark's Journal of Commerce. Maersk's on-time average slipped from 70.2 per cent to 66.4 per cent, although this was still good enough for third place in the Top 20 rankings. Splitting those two was APL, which finished the quarter with an on-time average of 67.6 per cent, little changed from 67.7 per cent achieved last time.

Japan's Mitsui OSK Lines (MOL) took it upon itself to announce that its on-time arrival performance in the first quarter had shown regression in most east-west trade lanes, but counter-intuitively, not on Asia-Europe routes where most carriers did poorly.

For all vessels, which included services that MOL merely bought slots from other carriers, on time arrival performance for Asia-US west coast is 93 per cent in the first quarter, down four points from the previous quarter's 97 per cent.

MOL's Asia-Europe service was the only one in which the shipping line showed improvement with a 92 per cent on time arrival performance in the first quarter, up three points from the previous quarter's 89 per cent.
This news 10781 hits received.