MAERSK has sparked a "race for ultra-large containerships" in 2006 when it introduced its 15,550 TEU E-Class vessels, 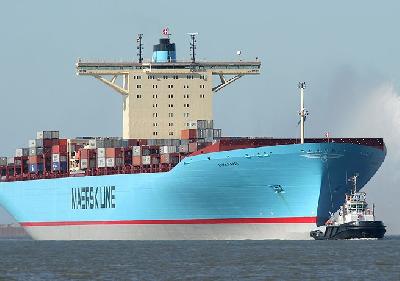 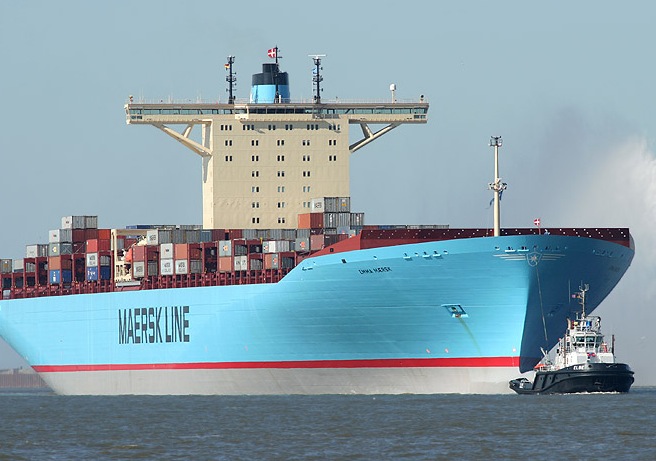 MAERSK has sparked a "race for ultra-large containerships" in 2006 when it introduced its 15,550 TEU E-Class vessels, according to Paris-based maritime consultancy Alphaliner.

Ironically, Lloyds List reports Maersk group CEO Nils Andersen saying shipping lines have been engaged in "reckless ordering" and are putting their businesses at risk by joining the race.

The Danish shipping giant has maintained its lead, most recently ordering twenty 18,000 TEU or EEE-Class ships, due for delivery between 2013 and 2015, said Alphaliner, the Paris-based maritime consultant and information agency.

In a further move to increase capacity, Maersk has now embarked on a "capacity boost" that will see a number of the line's 8,200-8,600 TEU S-Class ships upgraded to 9,600 TEU.

Alphaliner said the upgrade involves the raising of the wheelhouse so that two extra tiers of containers can be stowed forward of the accommodation block.

While the vessels' maximum TEU capacity will be notably increased by the conversions, the ships' effective tonnage will remain almost unchanged. The enhancement aims at increasing the ships' capacity for lightly-loaded containers and at providing additional slots for repositioning empties.

The enhancement of the 10 ships will add some 12,000 TEU to the Maersk's fleet which, according to Alphaliner figures, currently totals 2.44 million TEU.

Six other S-Class ships could have their capacity enhanced after the first 10 units have been converted.

In total, 25 S-Class units have been built between 1997 and 2002. They were the first containerships larger than 8,000 TEU. The enhancement work has been commissioned at CSIC Qingdao Beihai Shipbuilding and Heavy Industries.

The first two ships, the Carsten Maersk and Charlotte Maersk, already underwent conversions in June and July. They have since returned to Maersk's FE-Centram and FE-Europe runs.

A third unit, Svend Marsk, is at the yard and will be redelivered in September. The remaining ships will follow at an approximate rate of one vessel per month.

Several owners recently upgraded the capacities of ships they had ordered earlier through such renegotiations. Such upgrades add extra capacity that has an impact on the supply forecast.