Rate of decrease alters as forwarders find there is room for manoeuvre as price hikes kick in... 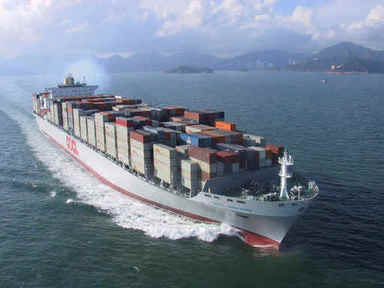 The decline of container rates on the Asia to Europe trade slowed last week, as prices dropped just US$4 per teu.

However, this price drop is a lot less than the previous week when rates dropped by $42 per teu.
The week before that, rates from Shanghai to Europe dropped by $95 per teu.

The index has now been in decline since the beginning of July. But the slowdown in the speed of decline comes as carriers prepare to increase Asia-Europe rates next week.

Forwarder sources told IFW that carriers were being strict in their intention to apply the rate increases, although there is, apparently, some room for manoeuvre.

One contact said he believed carriers could settle for an increase of around $100-150 per teu, instead of the planned increase of $200-300 per teu.

But there are also rumours that some forwarders are offering rates that exclude the increases – which one contact said raised the question as to whether the forwarders were taking a hit in order to win new customers rather than because they had secured lower rates from the carriers.

According to Freight Investor Services, a container broker, container swaps were, last week, trading at a mid-range price of $1,438 on the Asia to Europe trade for January.