Danish Shipowners: On Growth track in Wake of Economic Crisis

Denmark has retained its position as one of the world's leading maritime nations, despite the economic crisis. In terms of operated tonnage, Denmark is today the fifth largest maritime nation in the world. 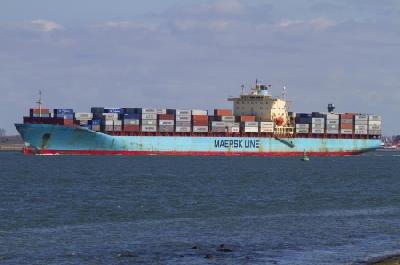 Denmark has retained its position as one of the world's leading maritime nations, despite the economic crisis. In terms of operated tonnage, Denmark is today the fifth largest maritime nation in the world.

In all, Danish shipping companies transport some 10% of the world trade. Henrik Segercrantz reports on Danish maritime issues. Danish shipping is global, with trade within Europe counting for only a quarter of the industry’s total revenues.

The primary markets are the US and China, making up more than 15 percent of the revenues. "Here in Denmark the shipping sector is really a success. We are going forward with all the key figures we can find. In Denmark we have passed the financial crisis and are picking up the new challenges," says Jan Fritz Hansen, Executive Vice President at the Danish Shipowners' Association.

"The statement is a little exaggerated as it covers differences in different market segments," he adds. A reason to that Denmark coped relatively well with the crisis was the flexible business model applied by many of the owners, with chartered-in tonnage supplementing the own fleets. The Danish Shipowners' Association has 21 shipping company members, including companies like A.P. Moeller-Maersk, Torm, Norden, J.Lauritzen, Nordic Tankers and DFDS and 14 associate members, such as Clipper Group, Eitzen, Nordic Bulk Carriers, Container Shipping and Unifeeder, to mention some main companies. The Danish flag tonnage figures have increased steadily, despite the financial crisis. In April this year, the amount of ships was 585, (compared to 551 at 1 January 2010).

The combined gross tonnage is 11,7mGT and combined deadweight 14,4mdwt. The figures for the beginning of 2010 were 10,9mGT and 13,5mdwt respectively, showing an aggressive, around 7% increase during this demanding period. 60 percent of the merchant fleet consists of liners, 35% are tankers and 5% operate in tramp trade.

The deadweight of  Danish owned foreign flag vessels is some 20mdwt and chartered-in vessels amount to more than 20mdwt, bringing the total fleet under Danish control to above 55mdwt. The average age of the Danish fleet is 7.6 years, compared to 10.4 years for the world fleet. Under construction are 211 vessels totaling 10mdwt and valued at DKK63b.

The number of newbuilding orders was a record 363 at the beginning of 2009 going down to 273 at the beginning of 2010. The Danish Shipowners Association believes that a 15% to 25% reduction in CO2 carbon emissions is realistically possible to achieve, up to 2020. Denmark was an initiator to the EEDI energy efficiency design index, right now a hot topic within IMO. Many Danish shipowners tell Maritime Reporter how important it is to reach a decision this coming summer on the issue.

"I would really like to emphasize, that it is really important that the IMO meeting at the Marine Environment Protection Committee, taking place in July, will hopefully be able to decide on a package of technical measures to address the CO2 emissions. It is really crucial that this package goes thru. Otherwise we are going to see regional legislations in Europe the outcome we could not longer have an influence on," says Simon Bennett, Director at the International Chamber of Shipping.

According to the Danish Shipowners Association, a design index for climate efficient bulk carriers, tankers and container vessels is an important and good initiative, whereas it is difficult to set up a general relevant target for ro-ro vessels. What comes to fighting Greenhouse Gases, the Danish position is that a special fund under IMO is a good basis for discussion, as stated in a proposal by Denmark brought forward on a Market Based Instrument. The Danish Shipowners' Association though states, in its Annual Report, that "It is important to arrive at a model which is also acceptable for China and the US, and like the shipping industry, both these countries are focusing on reducing emissions by making ships more efficient.

Therefore, there is every reason to examine the possibilities of making the contribution to the Fund from the individual ship dependent upon the level of climate-friendliness of the ship." Arne C. Mikkelsen, Counsellor at Danish Shipowners' Association notes that support for the Green House Gas Fund proposal has been received lately from the large shipping nations Greece, Liberia and South Korea. "Emission trading is not supported outside Europe," he said.

"Will the industry and the EU unite behind the most probable international solution?" he asks. Denmark is surrounded by an ECA area, with increasing restrictions on sulphur emissions. Also nitrogen oxides emissions are being cut.

Danish Shipowners stress that it is vital that the types of oil or treatment equipment demanded for vessels in the future are available in sufficient quantities and at competitive prices so that there is no shift from sea to land transport. This view is shared by Simon H. Galsgaard, Director at Unifeeder A/S, a shipping company, engaged in a 36 vessel feeder and shortsea shipping service in the ECA areas of Europe, including the Baltic Sea Region, where the company is the biggest container carrier.

"Shortsea is cost efficient," he says, noting that the financial crisis has helped companies to find this mode of transportation as an alternative to trailers. A CO2 calculator on their website, available to anyone, proves the point he stresses, "This is also an environmentally efficient solution." Galsgaard is worried about the risk of a modal backshift from short sea shipping back to road freight due to the implementation of the IMO sulphur restriction in ECA areas in 2015.

"We should be careful that we do not do a backshift in what we have already achieved, namely moving cargo from the trailer and thereby from the congested roads in Europe into containers, and thereby actually saving the environment already from quite big emissions. Our customers will definitely treasure environmental values and will definitely go for an environmental solution, but not at any price." As most of the Danish shipping companies Maritime Reporter talks to, also Unifeeder is for the time being following the fuel price development carefully between heavy fuel oil and cleaner distillate marine fuels, which meet the upcoming regulations, and is not now engaged in a process to install exhaust gas cleaners, or scrubber for this purpose, on their vessels.

Niels Smedegaard, President and CEO at DFDS A/S, the Danish passenger and ro-ro shipping company, is also worried about the implications of the strict 0.1% sulphur restrictions of 2015. The company is testing scrubbers on one ship, but has not yet solved all related problems encountered. According to Smedegaard scrubbers will not be a solution for all their ships. DFDS is also looking at LNG. "The challenges are the safety issues for passenger ships when we would have to retrofit for LNG tanks, it takes capacity away from the freight side, and then there is the problem of finding the needed infrastructure," he says.

"There is a range of issues which will not be solved by 2015." He sees as a solution to limit the requirements to 0.5% instead of 0.1% in 2015. "Can you actually measure, in the environment, the additional reduction from 0.5% to 0.1%. Is it worthwhile to do that when you see the price of the fuel growing like it is?" he asks.Danish shipping a successForeign trade earnings reached DKK175 billion for year 2010, having dipped down to DKK140b in 2009. Earnings are now back on the raising curve of the last decade. Shipping represents 20 to 25% of Danish foreign trade. 75% to 80% of the turnover of shipping takes place outside of Europe. The shipping sector employs a total 100.000 people of which 25,000 employed by Danish shipowners.

"We see today a lot of foreign vessels moving to Danish flag today, Hansen notes. We see a lot of shipowners coming from abroad these days, including from countries like Norway and Sweden.Quality in shipping is a key strategic goal for Denmark going forward. It also provides a key competitive advantage according to the strategic goals and recommendations for the EU's maritime policy until 2018.

Hansen pointed out another key issue of importance in these goals; free and fair access to the international markets, without measures which discriminate against specific flags. This provides equal competitive conditions for shipping and maritime industries, another of EU's policy statements.