Crude oil tanker rates on the major Middle East route fell on Monday back below levels that allow operators to cover fuel and other variable voyage cost. 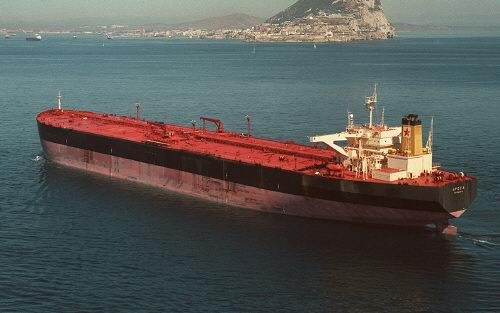 Crude oil tanker rates on the major Middle East route fell on Monday back below levels that allow operators to cover fuel and other variable voyage costs as a glut of ships put pressure on the market despite a fall in bunker fuel costs.

"Rates will likely remain under pressure on the benchmark TD3 route in the near term as the August cargo program comes to a close and the forward position list remains bloated at 91 vessels," Deutsche Bank said on Monday.

"Currently in the (MEG), the August cargo program has three vessels for every one cargo, and September cargoes have been slow to hit the market."

Rates turned negative for the first time on Aug. 1 since the Baltic Exchange started collating earnings equivalent data in 2008. They stayed negative for seven sessions before moving back into positive territory.

VLCC operating costs including fixed costs are estimated at around the $10,000 a day level.

"Although the MEG VLCC market was active last week, the rate action was relatively uneventful ... Based upon the lower bunker prices, daily returns for owners were effectively the same," said broker SSY.

"Ships are expected to disappear slowly from position lists, with no great change in rates, with oil prices likely to be the driver behind any changes. September stems may start to appear in the coming days, but there is ample supply to cover them."

Frontline , the world's largest independent tanker operator, said this month it was pulling some of its largest crude oil carriers from the market to limit its losses.

Average VLCC earnings had pushed above $10,000 a day from June 8 before dropping again below the key level on June 27. They have remained below $10,000 a day since then and have been negative since Aug. 1.

Prior to the move higher in June, VLCC rates had hovered for several weeks around or below operating costs, estimated around the $10,000 a day level, as the market had struggled with growing tanker availability despite healthy crude oil demand.

VLCC rates have been volatile in recent months due to a supply overhang caused in part by the end of a trading play, which led to storage of millions of barrels of crude oil on tankers at sea.

"The aframax sector is also fundamentally oversupplied with tonnage, particular in the Mediterranean and Baltic Sea," Cantor Fitzgerald said.
In recent weeks the aframax Med market has been hit by turmoil in Libya, which has reduced demand for tankers. Conflict in Syria has also contributed to the flat to weak market tone.

"The area is still oversupplied with tonnage, in our opinion, and the increase in rates was likely more driven by lower bunker fuel prices instead of an improving demand dynamic, we suggest," Cantor Fitzgerald said, referring to the suezmax market.
This news 31863 hits received.
ANASAYFAYA DÖNMEK İÇİN TIKLAYINIZ
These news may also interest you