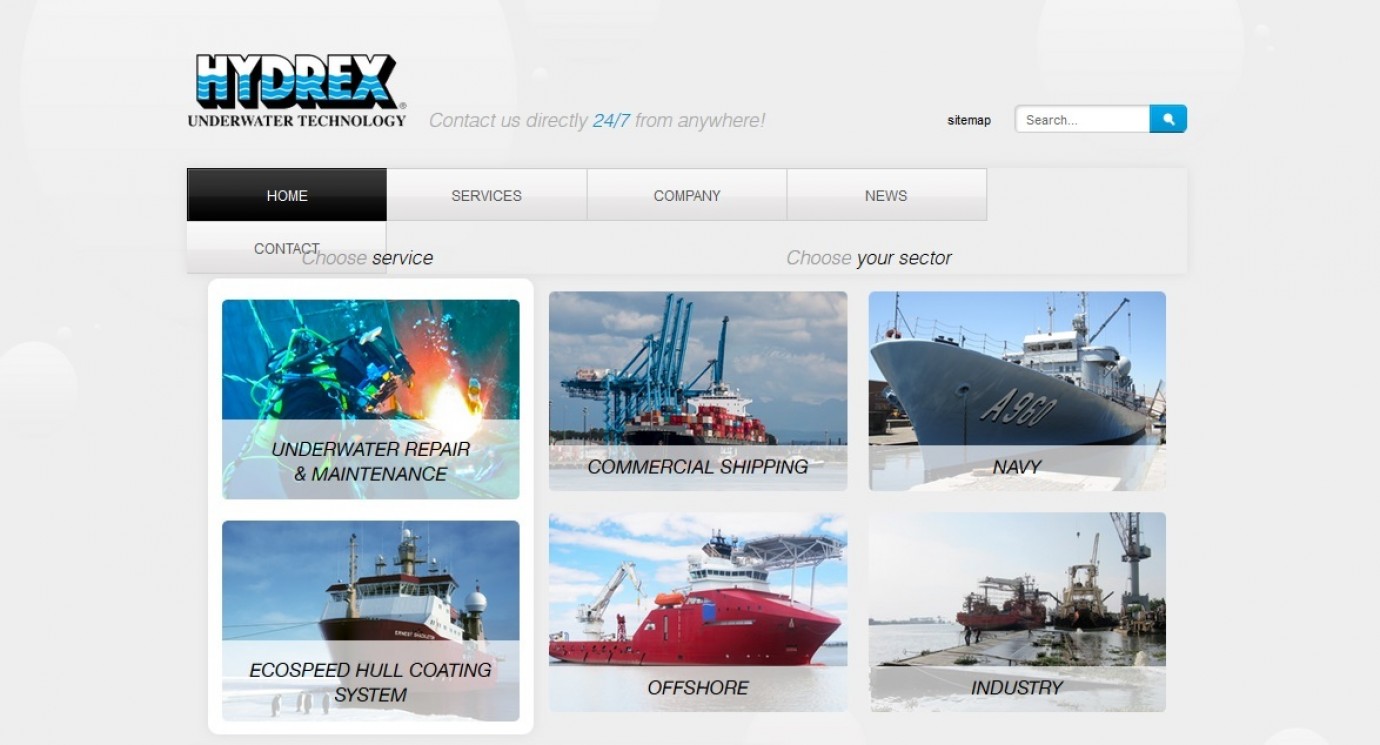 Cost cutting starts by spotting costs when cutting is cheap: diver
COST cutting in today's shipping world is paramount, but success often depends in spotting flaws before they loom as major expenses, says Antwerp's Subsea Industries (Hydrex).
"The all-too-frequent scenario of a low estimate for drydocking which grows exponentially once the drydock gate has closed and the ship is out of the water can thus be avoided," said the company statement.
"Because an underwater inspection is a small operation, it can be combined with one or more other operations very easily," said the Hydrex release.
"This can be another maintenance operation like a propeller buffing or any type of repair job. By doing this, the shipowner is saved the hassle and cost of multiple mobilisations and possible delays to his vessel's sailing schedule," it said.
Competent underwater inspections, particularly if carried out regularly can detect problems with the propeller such as bent or damaged blades, which put undue strain on bearings, roughness due to fouling, cavitation damage or bad polishing which can reduce the propeller's efficiency.
Hull cracks or other damage which, if not rapidly arrested, can worsen and increase the cost of any subsequent repair, said the release.
Ropes inside the stern tube assembly which may cause seal problems if neglected or leaking stern tube or thruster seals, which can cause an environmental problem in port and lead to costly changes to a ship's schedule if not caught quickly and repaired.
Also listed were clogged sea chest grids (preventing proper cooling of the ship's engines), or loose or damaged grids. Loose or broken grids on thruster tunnels which can result in damage to thruster propellers.
Damaged, bent, broken or detached bilge keels which again can become much worse if not caught early, were also listed.
"A damaged rudder will continue to deteriorate if not addressed, resulting in the need for much more costly repairs and representing a safety hazard in extreme cases," said the release.