A CAT was discovered in a British warehouse after surviving a three-week journey in a shipping container without food or water. 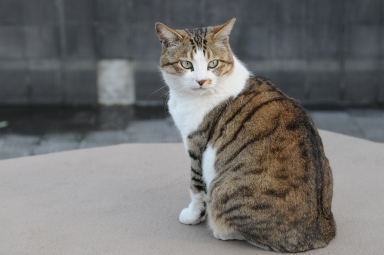 A CAT was discovered in a British warehouse after surviving a three-week journey in a shipping container without food or water.

The stowaway tabby became trapped after wandering into the crate as it was being loaded in the port of Limassol, Cyprus, reports London's Daily Mail.

It remained in the sealed container as the vessel sailed to Felixstowe - stopping off in Haifa, Antwerp, Bremerhaven and Rotterdam.

The animal was discovered by staff from Pickfords, a removal and storage company, after they heard its meows as they unpacked the container at a warehouse in Kempston, Bedfordshire.

The cat is believed to have survived by licking condensation from the walls.

The four-year-old feline is now being cared for at Cats Protection's Birmingham Adoption Centre and is looking for a new home.