The outlook for the global container shipping market remains bleak as analysts continued to blame the severe tonnage glut that is not expected to diminish any time soon. 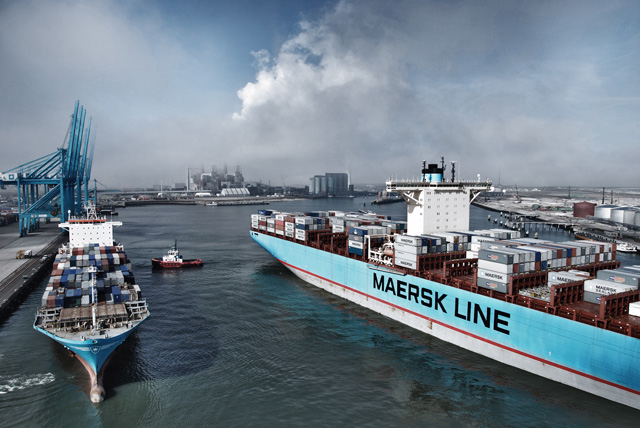 10 April 2014 - 05:11
The outlook for the global container shipping market remains bleak as analysts continued to blame the severe tonnage glut that is not expected to diminish any time soon.With roughly 85% of the world's existing orderbook for containerships to be delivered by 31 December 2015, there will be a need to scrap 25% of all boxships of more than 3,000 teu in order to maintain the current 'overcapacity', according to Alan Murphy, chief operating officer and partner at SeaIntel Maritime Analysis.And despite global demand registering positive growth of 4-6% a year, it is still not enough to absorb the excess shipping tonnage, Murphy told delegates at the TOC Container Supply Chain conference held in Singapore.Another analyst Alphaliner forecast that new tonnage hitting the waters will be at an average of 360,000-470,000 teu per quarter going into 2015, up from 345,000 teu per quarter at present, pointing to capacity growth of 7-8% on compounded average basis.“There will be no peace for container shipping with this massive build up of new capacity,” commented Tan Hua Joo, executive consultant at Alphaliner.Tan added that the ratio of capacity growth versus vessel demolition rate is at an unhealthy level of 3:1, and idle ship capacity is somewhere between 5-8% of current tonnage.Thomas Riber Knudsen, chief executive Asia Pacific region of Maersk Line, the world's largest container line, noted that carriers had chalked up a collective net loss of some $1.58bn in the financial year ended 2013.One of the greatest concerns for lines, apart from the excess capacity, is rising operating costs due largely to high bunker fuel prices, according to Knudsen. He pointed out that bunker fuel prices have risen by 12.5% on average per year over the last eight years.Dirk Van Den Bosch, chief commercial officer at DP World's UAE region, said that the industry has to accept the reality that more capacity is going to churn out by shipyards, casting a long shadow over the container shipping market.He noted that lines are “rapidly cascading down” excess capacity from the main east-west trades into regional trades, potentially upsetting the demand-supply equation in those regions.