With little market growth likely over the next few years and significant port capacity additions due to come on stream, competition between North European container terminals is set to intensify. 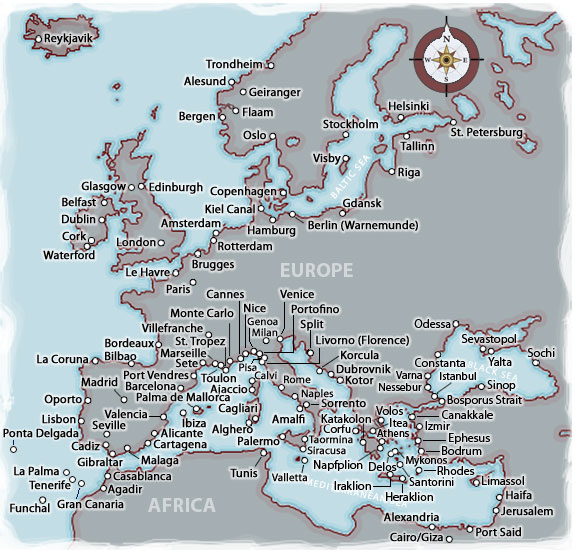 With little market growth likely over the next few years and significant port capacity additions due to come on stream, competition between North European container terminals is set to intensify. In the search for volume, it will be the transhipment sector which is likely to be the first target. With some fanfare, Eurogate has announced that the Eugen Maersk is to call at its new, deepwater Container Terminal Wilhelmshaven later this month. Deployed within the A10 Far-East to Europe service, the 15,000 teu capacity vessel will make an unscheduled port call to link up with two feeder vessels. The announcement suggests that Wilhelmshaven is actively pursuing transhipment business, given that it can yield volumes more quickly than gateway traffic, which is a much slower to attract to a new port.
Besides Wilhelmshaven’s need to establish a place for itself in the market, there are a number of other reasons why transhipment is set to become the forefront of the competitive battleground in North Europe. In Rotterdam, the two new terminals at Maasvlakte II will be coming on stream towards the end of next year, adding nearly 5 million teu of capacity to the market. One of their first aims will be winning traffic from incumbent operator ECT which will need to find volume to backfill – and greater transhipment seems like an obvious target. Table below shows the immediate market potential.
2012 port splits (million teu)

Plus there is the P3 Alliance, due to start in 2Q 14. Whilst it is early days yet to second guess what the implications of this will be on ports and terminals, the first steps are likely to focus on rationalising transhipment activity in fewer ports and terminals.
Then there are the Baltic ports. In 2002 Gdansk only handled around 20,000 teu. Based on figures for the first half of the year, it will comfortably pass the one million teu landmark this year, with an estimated 60% consisting of transhipment traffic. This August Maersk Line’s 18,000 teu Triple E vessels will start calling at DCT Gdansk in Poland, which has ambitious plans to grow even bigger. Earlier this year the company signed an agreement with the port authority for the extension of the existing terminal which could ultimately boost the terminal’s annual capacity from approximately one million teu today, to around 4 million teu.
The port of Klaipeda in Lithuania may also come more into the frame, with TIL due to open a new deepwater facility there later this year. Given TIL’s close links with MSC, there is a general expectation that this carrier will utilise the facility as a regional Baltic hub.
Underlying all this is cargo destined for, and originating from Russia. Whilst demand levels in mature European countries remain flat, Eastern Europe, and particularly Russia, is a bright spot. Although still relatively small, it is growing strongly. A transhipment hub role allows ports and terminals to tap into this growth. Speaking at TOC Europe recently, Ben Vree, APM Terminals Europe chief executive, pointed out that healthy projected volume growth in Eastern Europe and the increasingly important Russian markets were bright spots in an otherwise gloomy outlook for the European container market. He suggested Eastern Europe could grow by over 7% this year, while Northern European ports could see their box business increase overall by less than 1%.
So, transhipment activity will be a top target for a number of reasons. There still are no pure transhipment hubs in North Europe, however. Gateway traffic always goes hand in hand with transhipment activity as the two are combined in each vessel call. None of the players can look for transhipment in isolation, therefore. It is no surprise then that, at Wilhemshaven, rail services have been established primarily using in-house rail/intermodal firms, and prices to/from Wilhelmshaven and inland points have been matched with those to/from Hamburg and Bremerhaven to the same inland destinations.
Our view
Transhipment is clearly set to become a key battleground for North European ports and terminals, driven by the growth in Eastern Europe, and the immediacy of volumes that winning transhipment business can bring. However, no port or terminal can succeed in the transhipment sector in isolation. Gateway traffic will remain the key bedrock.