General cargo Malaga and boxship National Glory were in collision in the Kiel-Canal on Nov 28 at 1.40 a.m. The accident happened near the North Harbour of Kiel where the Malaga had to be towed to afterwards. It carried a cargo of scrap. The National Glory berthed in the East Port of Kiel for investigations.

General cargo Malaga and boxship National Glory were in collision in the Kiel-Canal on Nov 28 at 1.40 a.m. The accident happened near the North Harbour of Kiel where the Malaga had to be towed to afterwards. It carried a cargo of scrap. The National Glory berthed in the East Port of Kiel for investigations.

The pilot and crew of the freighter "Malaga" had in the early hours of Sunday on the North Sea-Baltic Canal a guardian angel is. Your ship was at such a hard collision damaged that it is not fit to drive more to be. Wheelhouse sometimes only a steel ball. The port side of the ship is torn in several places and dented.

The "Malaga" was just after midnight from the Holtenauer lock is running in the channel. Because of the traffic had to traveling in St. Vincent-flag freighter stop in the northern port and wait for oncoming on the container ship "National Glory".  The 149-meter-long container ship turned down at 0.30 clock in the northern port.  A little later it crashed.  The bow of the 82-meter-long "Malaga" was in the collision the anchor of the vessel under the U.S. flag "National Glory" peels up formally.

The enhanced for navigation in ice stem of the U.S. cargo ship scraped after the body of "Malaga" along bounced and fully against the deck house. It tore the bow, the bridge wing of "Malaga" away, pushed to the radar mast and destroyed the underlying continuous lifeboat.  The damages add up according to initial findings to several hundred thousand euros.  Was injured on both ships as if by a miracle no one. There was also damage to the environment there, according to initial findings, no. Both ships received from the Water Police to establish the circumstances and the review by experts of the classification societies be detained. 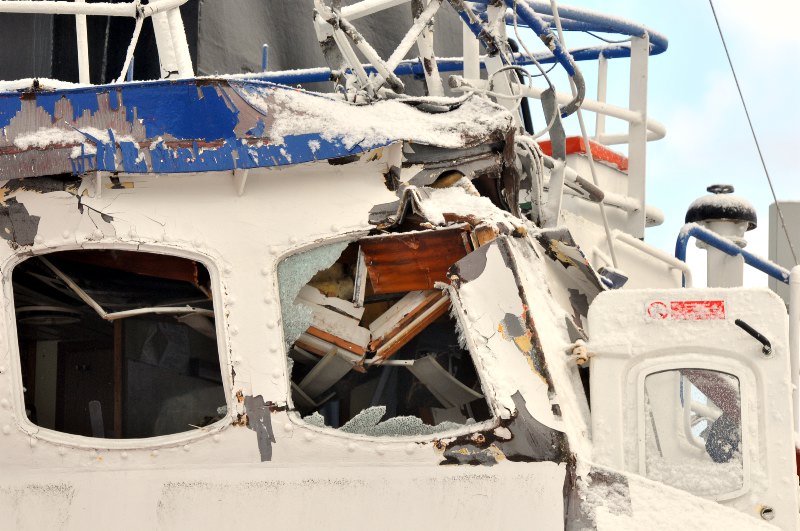 On a pic Malaga's bridge after collision.

In thick fog, there was a clash between the east, under the flag of St. Vincent and the Grenadines, propelled freighter MV "Malaga", GT 2196, and the oncoming, ongoing, under the flag of the United States, container ship MS "National Glory" GT 11652

The MS "National Glory" came from has not yet clarified the course of his line and rammed the much smaller MS "Malaga" with its port side. While the container ship "National Glory" showed above the water line and dents Farbabschürfungen, the MV "Malaga" was so badly damaged that is mandatory according to the current status of investigations a shipyard stay.

Fortunately, no injuries reported, although at the time of the collision several people on the bridge of the MV "Malaga" Environmental hazards were not related.

The trade association movement imposed on both ships be detained.

The competent maritime police station Kiel has included the investigation. 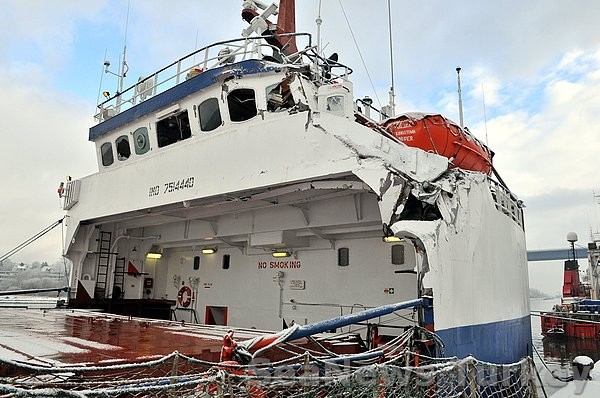 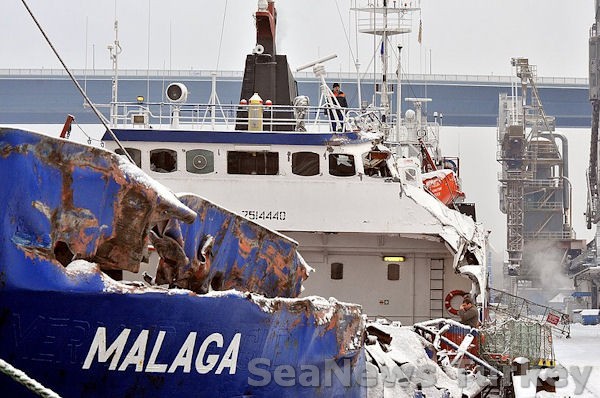 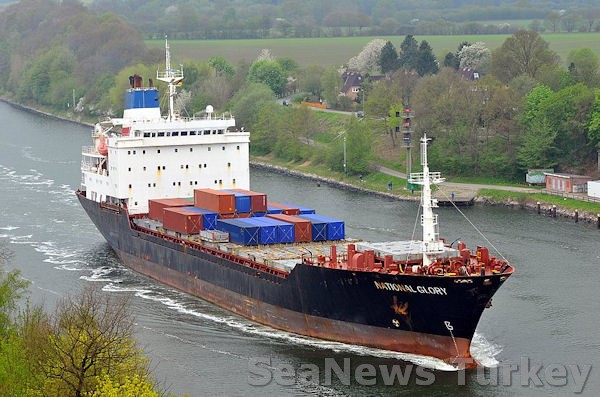 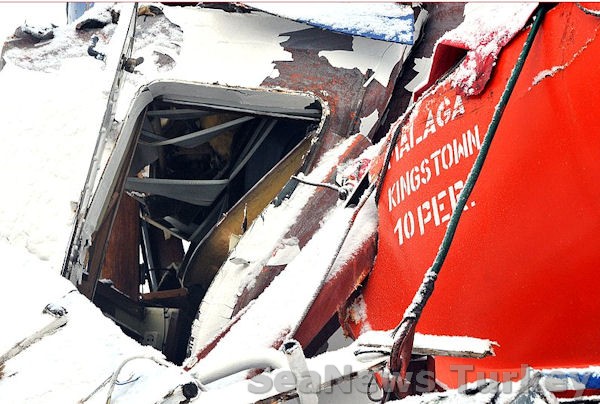 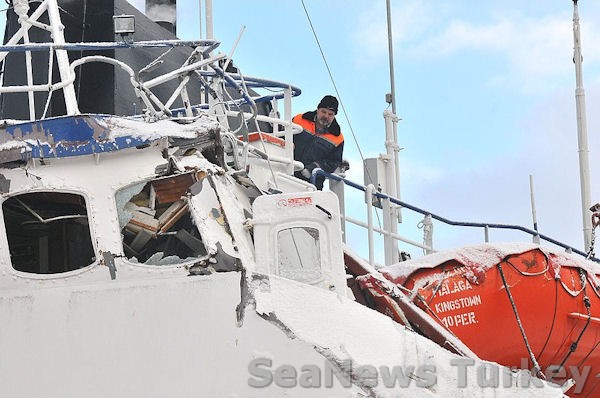 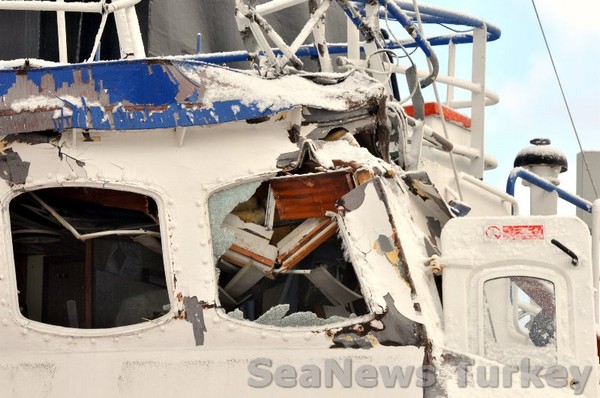