THE US Coast Guard has been blamed for a sharp increase in the Great Lakes pilotage rates, effective from April 6 as the summer navigation season opened for another year. 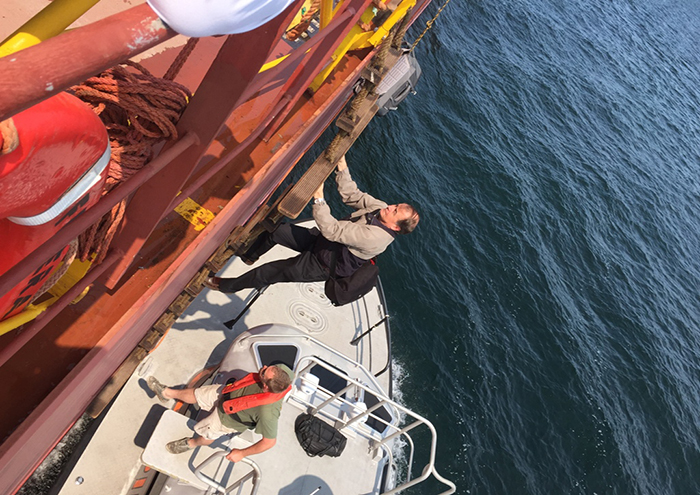 Coalition slams US Coast Guard for pilotage rate hike on Great Lakes
THE US Coast Guard has been blamed for a sharp increase in the Great Lakes pilotage rates, effective from April 6 as the summer navigation season opened for another year.
Factoring in the surcharges and additional pilotage training surcharges on vessels using US pilots, the higher costs for shippers will run to 23 per cent on the St Lawrence Seaway, where total cargo traffic last year fell 10 per cent to 36 million tons. Foreign-flag carriers will be the most impacted by the new levy.
The coalition's latest broadside was contained in a letter to Rear Admiral Paul Thomas. It was signed by the Shipping Federation of Canada, the American Great Lakes Ports Association, and the United States Great Lakes Shipping Association, reported American Journal of Transportation.
Other participants backing the letter include Spliethoff Transport, Wagenborg Shipping, Polish Steamship Company, the Canadian Shipowners Association, and Fednav International.
"The stakeholders call on the USCG to withdraw its Final Rule for further consideration and apply 2015 pilotage rates during the period of review. We do not question the Coast Guard's good intentions, but cannot regard the Final Rule as anything other than an aberrational exercise, one not in character with prevailing Coast Guard standards of excellence,?the letter said.
The USCG originally proposed a workforce of 50 pilots (from a current 37) arguing that they were staffing the system to peak traffic demand. The stakeholders disagreed and the waterway will now be staffed with 54 pilots.