MAJOR container carriers, CMA CGM, CSCL and UASC, have announced the re-arrangement of a joint CIMEX 1 Asia-Middle East service effective February 2 deploying some of the biggest ships in the world. 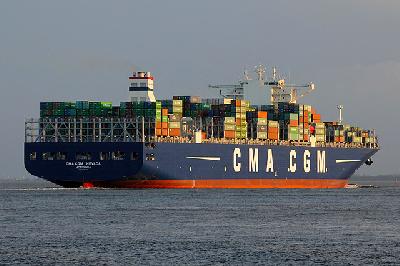 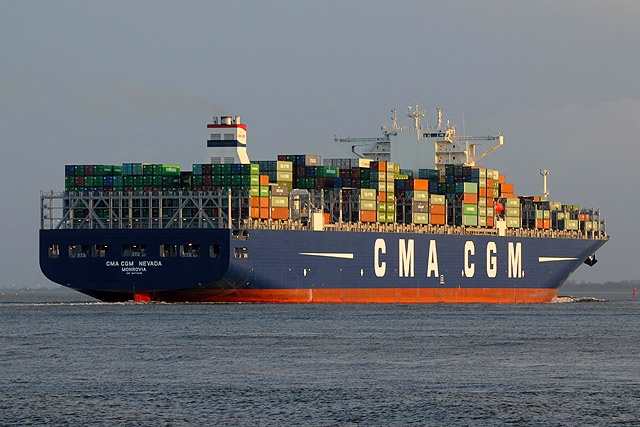 MAJOR container carriers, CMA CGM, CSCL and UASC, have announced the re-arrangement of a joint CIMEX 1 Asia-Middle East service effective February 2 deploying some of the biggest ships in the world.

First sailing of the revamped string is scheduled on February 2 in Tianjin, China by CMA CGM's Don Carlos vessel.

The new CIMEX 1 service will call at Tianjin, Dalian, Busan, Shanghai-Yangshan, Ningbo, Shenzhen-Shekou, Port Klang, Khorfakkan, Jebel Ali, Port Klang, Guangzhou-Nansha and back to Tianjin.CMA CGM said the service will directly call at Jebel Ali, the biggest market in Middle East and Khorfakkan hub in the UAE will be used as an entry point to feed all the Gulf's destinations via the carrier's feeder network.

This revamped Asia-Middle East service will replace two existing ones, said a CMA CGM statement, which include the CIMEX/AMA loop for CMA CGM and CSCL that runs 8,500-TEU vessels and the AGX 1 for UASC that deploys 3,600-TEU vessels. However, it will not bring any extra capacity.

Additionally, CMA CGM is also finalising a swap agreement with another partner to keep direct access to Dammam, the third largest market of the Arabic Gulf region.

"The new CIMEX 1 marks an important step in the evolution of the worldwide maritime transport as it is the first time that vessels of such a capacity (14,000 TEU) are employed on a market other than Asia-Europe. This opens new perspectives of employment for this type of big vessels," said the CMA CGM press statement.

On the Asia-Europe trade, CMA CGM continues to run the FAL 2 service with 10 vessels comprising one 12,500 TEUer and nine 14,000 mega ships. Two new calls at Jeddah will be added to its east and westbound routes. Except for Le Havre and Rotterdam, these new calls will not affect transit times.
This news 11732 hits received.