THE China Shipping Prosperity Index (CSPI) for the third quarter has climbed 15 points from the second quarter to 101.7 points, back to positive territory 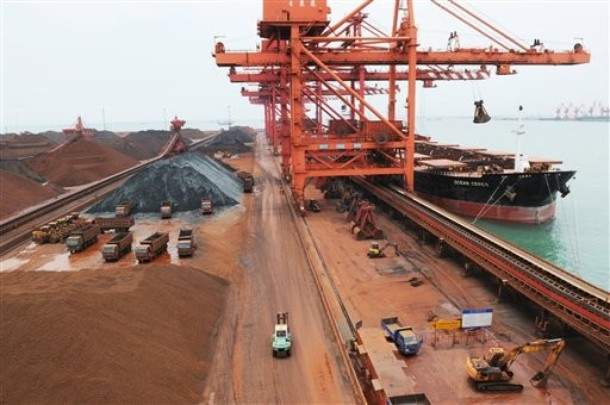 THE China Shipping Prosperity Index (CSPI) for the third quarter has climbed 15 points from the second quarter to 101.7 points, back to positive territory, which is above 100 points, according to the latest report form Shanghai International Shipping Institute(SISI).

This is the first time since the third quarter of 2011 that the CSPI returned to above the critical level, Xinhua reports.

In the past two years, withering trade and overcapacity pushed the Chinese shipping industry down to a historical bottom. In the third quarter of 2012, when the CSPI fell to only 78 points, about 60 per cent of carriers in China suffered severe loss.

Cosco even recorded one as big as CNY9.5 billion (US$1.55 billion), continuing to be the "king of loss" in the domestic A share stock market.

Since the second quarter of this year, the Chinese government's policies to secure growth have taken effect and spurred an obvious growth in the country's investments and exports, which brought hope to the shipping market.

The Baltic Dry Index has risen to over 2,100 points by far, a sharp increase of 180 per cent from the beginning of this year. The index surged nearly 80 per cent in September.

The container shipping industry also shares the general improvement of the market. Since July, there have been several attempts to introduce rate increase.

The spot rate from Shanghai to Europe was once more than doubled. A report from China Galaxy Securities pointed out that part of the carriers might be able to reverse their loss in the third quarter.

However, the recovery might not be sustainable, as China is very likely to be able to meet the GDP target of 7.5 per cent growth and there will not be further policies to boost domestic economy.

Meanwhile, the rebound of rates has stimulated deployment of new tonnage. Statistics show, capacity on Asia-Europe lane grew about three per cent in September but demand is not stable. The supply-demand imbalance caused a decrease of over US$100 per TEU in the container shipping rates in the last week of September.

SISI's report estimated that the CSPI in the fourth quarter will be 99.56 points, falling again below the critical level. In face of such challenges, some carries have adjusted their strategies by deploying larger ships and allying with others.

Maersk is the one of carriers in the forefront of using larger ships. In the first week of October, the world's largest containership, deployed by Maersk, made its maiden call to Hong Kong. The 18,000-TEU ship is 16 per cent larger than the former "world's largest" type of 15,000 TEU, with 20 per cent lower energy consumption.

Maersk's south China chief David Skov said ordering bigger ships is not for increasing their market share, but in order to lower cost.

The first one is expected to be delivered next year. Ji Yuntao, an analyst from Industrial Securities, said that ships of over 10,000 TEU will become the tickets to the major trade lanes.

On the other hand, the carriers are seeking alliance to weather downturn. In June, Maersk announced the P3 alliance with MSC and CMA CGM, which is the largest carrier alliance in the world. The alliance tends to stabilise the market while posing threat to some carriers. But the alliance is still subject to regulatory approval.