China has sent a helicopter-equipped fisheries vessel to patrol the disputed East China Sea, state media reported Tuesday, just as the two sides appeared to be cooling sharp tensions over the area. 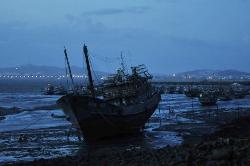 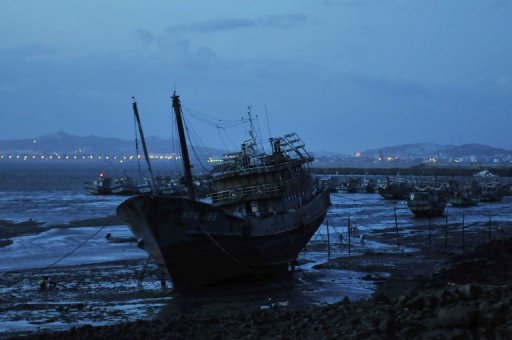 Chinese fishing boats are moored along the coast in Jinjiang

BEIJING — China has sent a helicopter-equipped fisheries vessel to patrol the disputed East China Sea, state media reported Tuesday, just as the two sides appeared to be cooling sharp tensions over the area.

The fisheries patrol vessel is China's first to be equipped with helicopters, and left the southern city of Guangzhou for the East China Sea for a mission that could last 20 days, Xinhua news agency said.

China has sent vessels to the area on previous occasions, state media reported, amid a row with Japan over a shipping collision that severely tested what had been a marked thaw in relations between the regional rivals.

Japan arrested a Chinese trawler captain in disputed waters after his vessel collided with Japanese coastguard ships in early September. He was eventually released.

But the incident sparked a series of protests and snubs from Beijing and Japanese accusations that China was taking retaliatory economic measures.

China has insisted that it is within its right to send the fisheries patrol vessels to the area.

The latest ship, the 2,580-tonnage "Yuzheng 310", is not China's largest fisheries patrol vessel but is "the fastest and had the most sophisticated technologies," Xinhua quoted an official as saying.

Separately, Li Jianhua, director of the ministry's fisheries bureau, was quoted calling the ship "a milestone for China's marine law enforcement patrol work, as the vessel can combine air and surface surveillance."

Li said China planned to build more such vessels, according to Xinhua.

On the sidelines of a regional summit in Japan at the weekend, the two sides appeared to take a step past the dispute when Chinese President Hu Jintao held a meeting with Japanese Prime Minister Naoto Kan.

Hu promised China was committed to being a good neighbour, as concerns rise over its assertive behaviour in the Asia-Pacific.