A US genetically modified corn shipment of 55,000 tonnes has been rejected by China on arrival at the Shenzhen-Shekou terminal near Hong Kong because it was not on Beijing's approved GM food list. 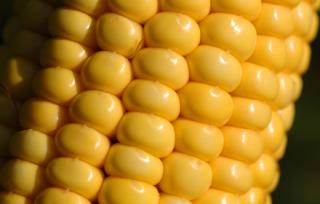 A US genetically modified corn shipment of 55,000 tonnes has been rejected by China on arrival at the Shenzhen-Shekou terminal near Hong Kong because it was not on Beijing's approved GM food list.

The refusal of the shipment by Shenzhen's quarantine bureau has rattled corn futures on the Chicago Board of Trade, which has registered a three-year low for December.

The Swiss-based chemical company Syngenta AG production of Agrisure Viptera (known as MIR 612) corn, genetically engineered to protect against insect contamination, has been approved by several corn export markets including Japan, the European Union and Mexico.

This year's bumper US crop has meant that China, the world's largest corn importers, has seen feed mill buyers' bulk purchases benefit from cheap prices due to a record US harvest.

This has impacted domestic prices, which are record highs at 20 per cent more than US corn. Beijing's stockpiling of corn has raised prices in order to support farmers and boost demand.

The discovery of the GM corn, likely to be rerouted to Japan or South Korea, is an isolated incident for US corn imports to China and does not signal long-term issues of import curbs, said US research company Allendale's chief strategist Rich Nelson.

In a report from Reuters, a Beijing analyst agreed: "We do not think the rejected cargo has anything to do with the government looking to curb imports. China's overall strategy is to increase imports and it has to give the right signals to the world market," the spokesman said.

China's own production is unlikely to grow significantly and the temporary stockpiling has created larger stocks than usual, he said.