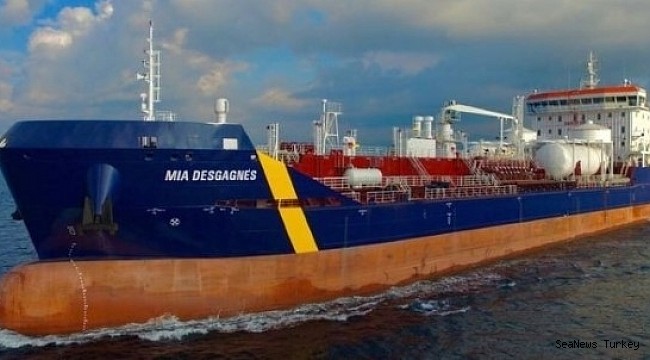 The largest LNG bunkering operation yet undertaken in Spain was successfully completed in the east coast port of Cartagena on 15 March. The newly delivered 15,100 dwt Canadian product tanker Mia Desgagnes received 425 m3, or about 190 tonnes, of LNG in 10 road tanker loads transferred from the port’s adjacent, Enagás-operated LNG receiving terminal. The LNG was supplied by Repsol and energy company Molgas Energia in an operation assisted by Enagás and the port authority. The product tanker was moored for the truck-to-ship (TTS) transfer operation at a jetty specially adapted for LNG bunkering and small-scale LNG applications. Mia Desgagnes is the second in a series of four dual-fuel tankers of similar size that the Besiktas yard in Turkey is building for Canada’s Groupe Desgagnés. The first of the quartet, Damia Desgagnes, is an asphalt tanker while the remaining three, including Mia Desgagnes, are IMO 2 chemical/product tankers. 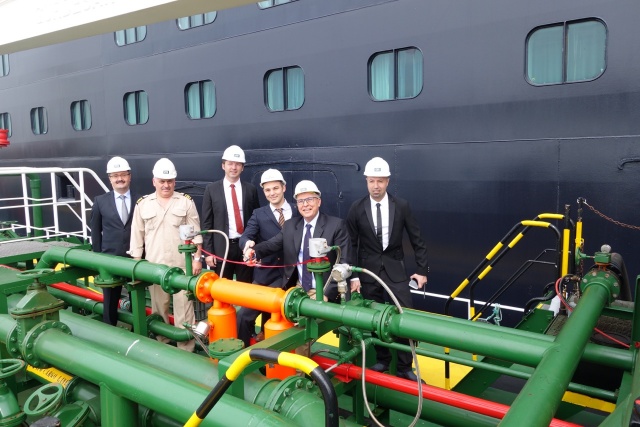