A small passenger ferry capsized in a canal near Amsterdam in the Netherlands Friday morning, after it was hit by another ship, Dutch police said.

It was not immediately clear if anyone was on board the ferry, which is used to transport people and bicycles, according to Carine Portengen with the Dutch Police Agency.

A police helicopter with sonar and fire department divers are searching the waters for any possible victims.

None had been found several hours after the accident, which happened around 7 a.m 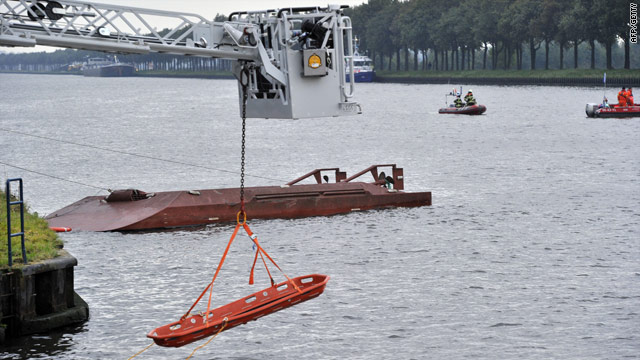