More than 100 Asian activists calling for the lifting of the Gaza blockade and ferrying vital humanitarian aid entered the Palestinian coastal strip on Monday. 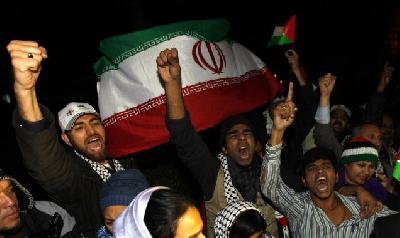 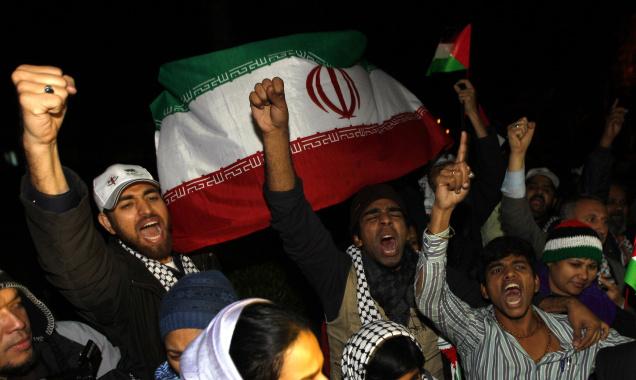 A MILLION-DOLLAR EFFORT: Activists with Asia I aid convoy in the Gaza Strip on Monday.

More than 100 Asian activists calling for the lifting of the Gaza blockade and ferrying vital humanitarian aid entered the Palestinian coastal strip on Monday.

They are part of an Asian aid convoy, Asia1, which started on December 2 from Rajghat in New Delhi and travelled by road to Syria, after crossing Pakistan, Iran and Turkey.

As a part of the convoy, a ship named Salam, which sailed from the Syrian port of Latakia, brought for Gaza residents humanitarian supplies worth a million dollars. Apart from medicines, foodstuffs and toys, the aid cargo includes four buses.

Around 170 human rights activists from 18 Asian countries were part of this humanitarian task force.

Egyptian authorities allowed entry to only 108 after denying visas to Iranian and Jordanian delegates.

A statement from the India-based New Trade Union Initiative (NTUI), one of the main organisers of the aid mission, said one helicopter and two Israeli vessels tracked the aid ship as it sailed from Latakia to the Egyptian port of Al Arish.

The Israeli forces contacted the ship's captain, and demanded various details of the activists on board.

Significantly, Asia1 has the Turkish Foundation of Humanitarian Relief (IHH) among the organisers, AFP reported. The IHH came into international limelight in May 2010 after its aid ship, Mavi Marmara, was boarded by Israeli commandos, who killed nine activists on board. Unlike Salam which has docked at Al Arish, the Mavi Marmara was heading to Gaza at the time of the pre-dawn incident.

The Asia1 mission is a response to the tight blockade that Israel has imposed on Gaza Strip since June 2006, after Palestinian groups captured an Israeli soldier, Gilad Shalit. Mr. Shalit is yet to be released. The embargo was further reinforced in 2007 when the Hamas, a Palestinian group, sized the Gaza Strip and caused the exit of the rival Fatah following bloody clashes.

In Gaza, general secretary of the NTUI Ashim Roy, addressing the media on Monday, said Asian unity would be the first major step leading to the liberation of Palestine.