ROLLS-ROYCE, a major supplier to shipbuilding, predicts that the first drone ships will enter service in the next decade, reports London's Financial Times. 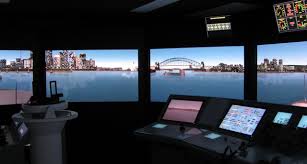 ROLLS-ROYCE, a major supplier to shipbuilding, predicts that the first drone ships will enter service in the next decade, reports London's Financial Times.

But a major shipowner group was sceptical. "I'm not very much of a fan and think this is a long way off," said International Chamber of Shipping secretary general Peter Hinchliffe.

Yet the European Commission already funds a study into conventional ships without crew. Dubbed "Munin", the project sees crewless vessels on the high seas acquiring crews as they near ports.

Apart from having no crew to pay, a drone ship could carry more cargo as the space used for the bridge and life-support systems would be eliminated.

Remote controlled ocean-going vessels are decades away, he conceded, but short sea routes serving one jurisdiction were ready, only needing regulatory approval in principle, the lack of which is the main obstacle to development.

"I think it will take more than 10 years before you have all the global rules in place, but you may have a local administration that is prepared to run them sooner," he said.

Mr Levander said complex international rules on seafaring was main obstacle and they could take decades to unravel and renegotiate.

He said the time was right to have the debate as the public's imagination had been piqued by recent developments, such as Google's acquisition of a supplier of robots to the military or its driverless car project and the promise by Jeff Bezos, the founder of Amazon, that unmanned aerial drones could start delivering packages within five years.

"It is happening in all the other industries so it is only logical that it should happen in marine," he said.