Port of London Authority marine Pilot, Ms. Ivana Carrioni-Burnett, provides a personal opinion and insight into her recent experiences in UK waters as a newly qualified Pilot in relation to her interactions with seafarers away from their families, including during the COVID-19 crisis. 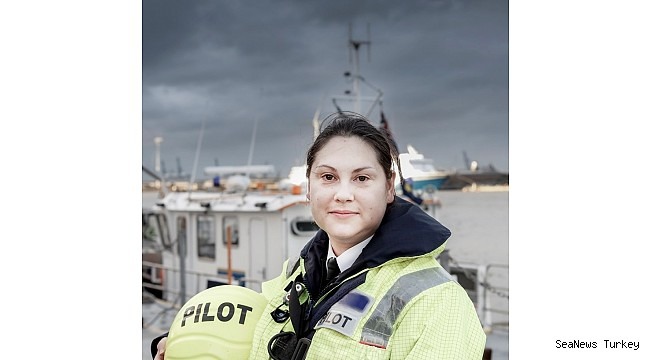 Port of London Authority marine Pilot, Ms. Ivana Carrioni-Burnett, provides a personal opinion and insight into her recent experiences in UK waters as a newly qualified Pilot in relation to her interactions with seafarers away from their families, including during the COVID-19 crisis.

“I was safe on that ship: the crew had all been onboard for nine months and have to stay on for at least another three.”

So said a fellow pilot who had clambered down the rope ladder and joined me in the cutter as we returned to shore and thoughts of our beds and homes.

I have been a pilot for just over a year, first as a trainee, a tripper, as we are known when we shadow a qualified pilot. This was on the back of over 11 years of service in the Royal Navy. Instead of foreign ports I have just one to contend with: London and the mighty River Thames. Instead of one crew, one ship-borne family, one trusty ship, I meet many.

Key to being a pilot is integrating quickly and efficiently with the bridge team and the captain. This is normally quite easy as we all have the same aim of getting the ship safely from A to B. A warm smile plus a firm and friendly handshake usually does the trick. Not so at the moment. Handshakes are dangerous. I opt for a sweeping wave and start to take charge.

My mentor once advised me, should communication become strained on the bridge, to ask the crew about when they are next due home. A subtle de-escalation tactic that can be particularly useful after a heated debate about a poorly-rigged pilot ladder. Not so at the moment. The COVID-19 crisis has caused shipping companies to reassess their HR policies resulting in most crew changes being suspended and contracts extended; others are stranded at home, with no work, and no means of supporting their families.

“But, these are unprecedented circumstances,” I hear you say. “This doesn’t usually happen.” This is incorrect.

Just last night, I spoke with a master whose last contract was extended because his company could not find a replacement. His three month contract became nearly six. He decided he would not be put in such a position again. Yet, the call came and he answered. It was just a three month contract. He had assurances. Then COVID19 arrived. The ship was in his home port, his family not so far away. But the shipping company had found no-one to replace him and now… and now nobody knows when he will be with his family again.

Extending a contract is not uncommon; it is a regular occurrence; with or without the individual’s consent. COVID19 is just another excuse. Those whose contracts are extended are the lucky ones. Some are stranded onboard, working without pay. Some are stranded in the country their contract ended in, with no way to get home.

When on passage through the estuary, the captain will sometimes leave me in the capable hands of their chief officer, with a deckhand on standby. They use this opportunity to take a video call from their family. They are on-hand if I need them; I do not interrupt these precious moments. I can overhear the frantic questioning of a worried wife or the smiling singing of children happy to see their daddy and showing off their latest creative drawings.

The latest technology means that most individuals can contact home, although usually at their own expense and only when just offshore. It is not the same as being physically present in their lives. Now, more than ever, seafarers know exactly what is going on at home: the last time the heating broke, the latest unpaid bill, which child has started coughing. They are still helpless to do anything, sat alone in their cabin with their fears and worries and doubts.

The UK has been the first country to designate seafarers as “key workers”. Why? Because 95% of our imports and exports arrive and leave by sea. Seafarers are key to the UK’s economy. All seafarers, of all nationalities, importing and exporting goods to and from all countries across the globe.

Only once all states recognise and start to appreciate the economic value of all seafarers will they start to take action.

It is easy to recognise a lonely crew member, they often talk a lot, even if communication across the language gap is difficult, they want to make that connection. These are the ones who haven’t given up. The quiet ones day-dreaming into the inky blackness with blank, sullen faces; those are the ones I worry about, those are the ones I try and connect with.

These individuals are more than just an economic asset. They are fathers, husbands, sons; mothers, wives and daughters. They have rights too.”

Canada's Prince Rupert gets the green light to expand terminal

1,768-TEU Liberian sails on after damaging lock in Keel Canal

China-US west coast rates rise despite projections to the contrary