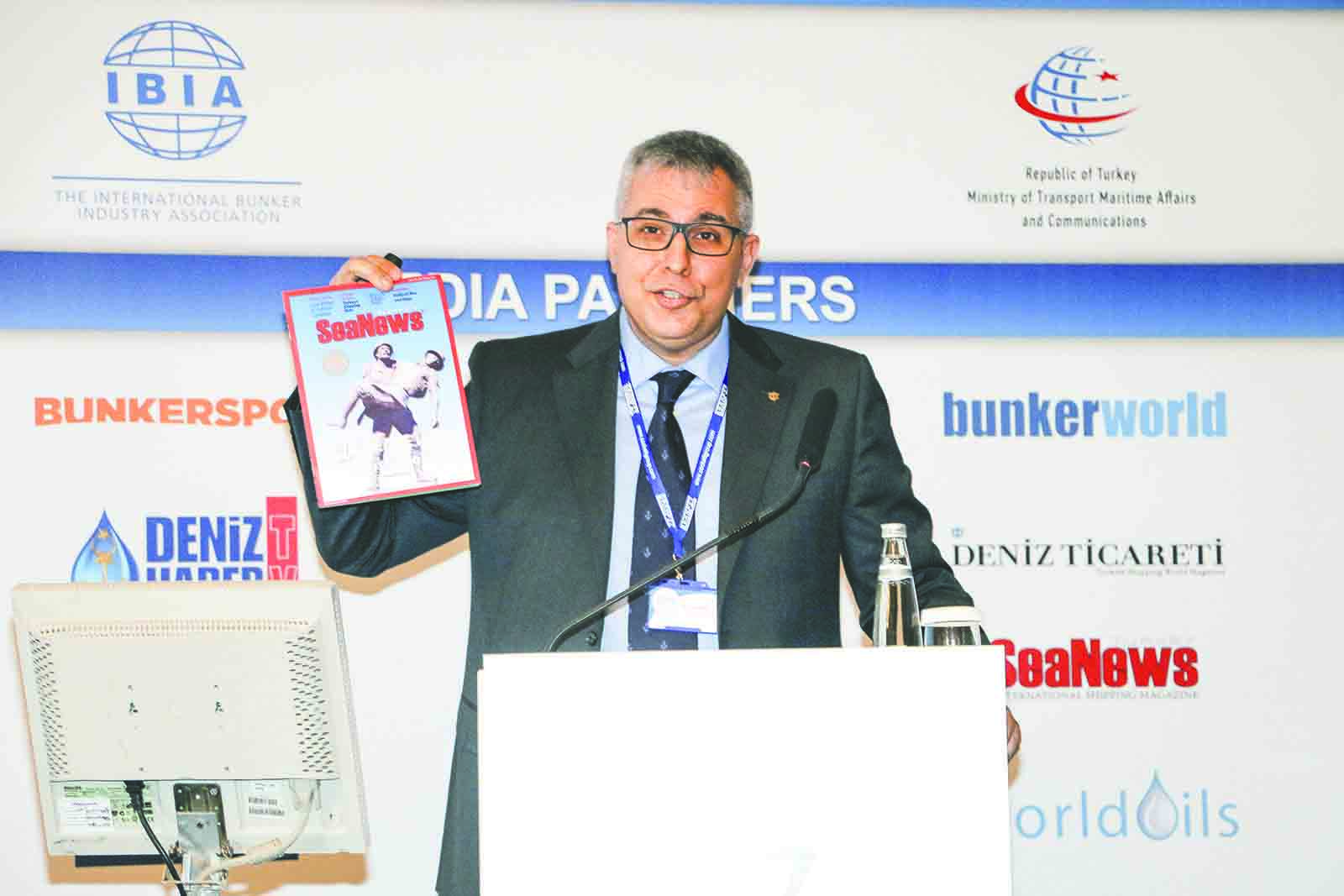 The conference was organized by the Turkish Bunker Association  and held at the Four Seasons Hotel Istanbul between 20-22 May.

At the opening remarks, President of Turkish Bunker Association, Mr. Deniz Eraydın said that 1,5 billion metric tons of oil product was being consumed at World seas per year. Eraydın pointed out that this consume brings an amount of pollution and therefore emission control areas were declared. Eraydın also touched upon the strategic importance of Turkish Straits and Turkish Ports. Eraydın said that Turkey would need 50 additional bunker barges in the near future. Deniz Eraydın also talked about the Dardanelles Campaign, as 2015 was the 100th anniversary of this epic war.

Metin Kalkavan, President of Turkish Chamber of Shipping and Prof. Oral Erdoğan, Dean of Piri Reis University were other speakers of the opening.

At his speech, Prof Erdoğan said that he was not expecting any drop in the oil prices. Erdoğan also said that the Turkish Currency was to gain value against the foreign currencies in the near term.

SeaNews Magazine was one of the main media partners of 7th Istanbul Bunker Conference. The President of Turkish Bunker Association recommended our recent issue, which had the Gallipoli Campaign as the theme and “Peace is Possible” photo on the cover, to the delegates participating from over 20 countries. SeaNews Magazine was also distributed all of the participants during the congress.

During 3 days of congress, participants were offered different activities including visits to historical places of the city and tours along the Bosporus.