49th Conference of the EMPA, held in Cascais, between 14 and 17 April, which drew more than 200 participants, representing the major ports of Europe.  5 resolutions were adopted. 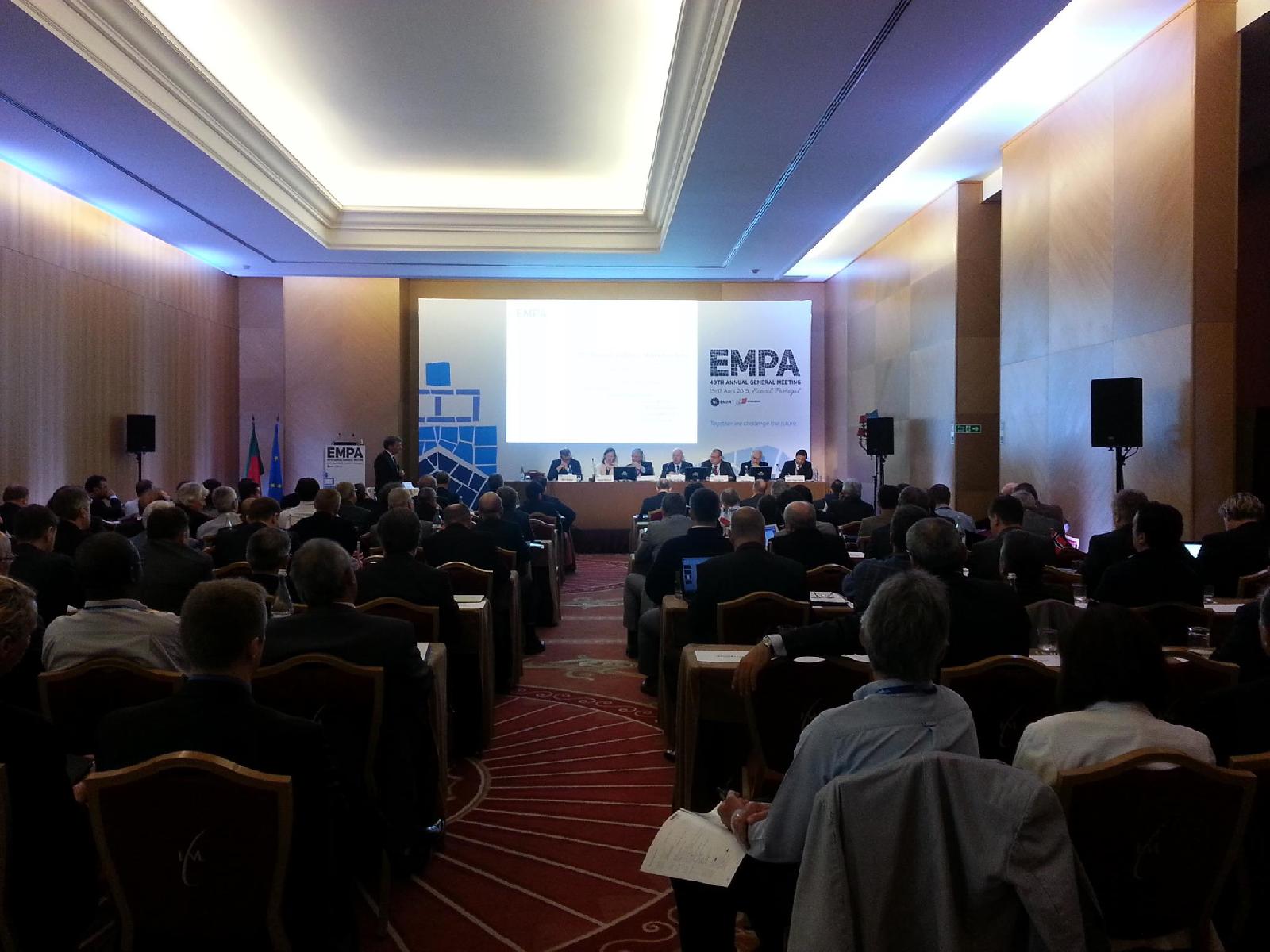 49th Conference of the EMPA, held in Cascais, between 14 and 17 April, which drew more than 200 participants, representing the major ports of Europe.
As president of the EMPA will continue the Norwegian Stein Inge Dahn, which will be followed as president of the association, as well as Miguel Vieira de Castro, the other three vice-presidents.
Speaking to Transport in Review, Stein Inge Dahn, said the 49 Congress of the EMPA 'was a success, because gathered about 200 European pilots and had the opportunity to discuss some of the most important issues for the sector. The EMPA is involved in the discussion which is currently being discussed in Brussels on the liberalization and opening to the pilot sector of the market. Already made ​​it clear that, in our opinion, one should not go that way, because this is a very specific profession which has to maintain high levels of safety and reliability. "
At the meeting, elections were held for the post of EMPA vice-president. The president of APIBARRA - Pilots Association Bar and Ports, Miguel Vieira de Castro, elected to the position of vice president of EMPA - European Association of Maritime Pilots. Also the president of APIBARRA and new vice president of EMPA, Miguel Vieira de Castro, said that "Congress was divided into three parts: debate on domestic issues, technical issues and then open the event to the presence of" stakeholders "in the industry. We conclude that the services are provided with good quality and there is always the opportunity to improve. On the other hand, cooperation between all industry stakeholders is essential, whether pilots, towing services, shipping agents, ship owners, port authorities, etc. '.
RESOLUTIONS ADOPTED
THE 49TH GENERAL MEETING OF EMPA ADOPTED THE FOLLOWING RESOLUTIONS:
1- To continue to impress on government administrations, port authorities and commercial stakeholders of the paramount requirement to maintain the safety of navigation, protection of the environment and efficiency of port services by providing, maintaining and utilising properly regulated, non-competitive pilotage services, in compliance with local legislation and regulations and internationally agreed standards and conventions.
2- To continue to impress on Port and Flag state administrations the need to enforce international and national regulations regarding the construction, rigging and operation of pilot boarding arrangements regardless of commercial pressures.
3- To continue to encourage members to embrace and utilise traditional, current and evolving technologies appropriate to prevailing conditions and circumstances to achieve best practice in the performance of professional duties.
4- To continue to encourage member associations to constantly monitor the efficiency and effectiveness of their own services and engage with clients and other stakeholders.
5- To encourage pilotage bodies as they are public safety services to always be transparent in their affairs.