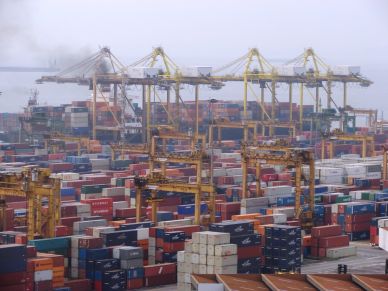 Overall, Asia exports to Europe were down the equivalent of 500,000 TEU making just over one million TEU for the year, a sign of a shaky year for one of the most important global trade corridors taken from CTS data compiled from container lines' own liftings.

The western Mediterranean bucked the trend with containerised dry cargo volumes improving with a decline of 9.4 per cent in November over October's decline of 14.4 per cent and a 21 per cent slide in July.

In comparison, the eastern Mediterranean and Black Sea declined 6.5 per cent in November year on year at 628,150 TEU, but was still down on the summer months of July and August after it volumes rose to 750,000 TEU.

Traffic turned around in November on eastbound routes at an uplift of 4.4 per cent from month previous decline of five per cent.