The Libyan oil tanker fleet could soon be sold to Russian investors, as speculation swirled Tuesday about a reported $300 million deal with the Gadhafi regime, which is under economic sanctions. 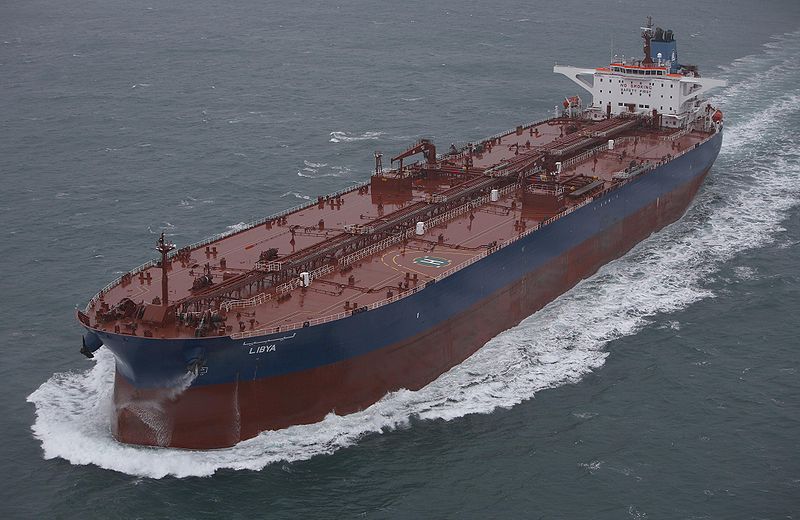 The Libyan oil tanker fleet could soon be sold to Russian investors, as speculation swirled Tuesday about a reported $300 million deal with the Gadhafi regime, which is under economic sanctions imposed by the United Nations, the United States and the European Union, The Moscow Times reports.

A spokeswoman for Sovcomflot told The Moscow Times that she had no official information on her company's interest in Libyan oil tankers. "It's rumors, and we don't comment on rumors," she said.

GNMTC lists a fleet of 15 vessels on its web site that, before civil war erupted in February and halted crude shipments, were involved in the export of the 1.6 million barrels of oil Libya produced daily.

Libya's shipping industry is believed to have close ties to the Gadhafi family. A U.S. Embassy cable from Tripoli in 2008, released by WikiLeaks, identified Moammar Gadhafi's son,

Hannibal, as the key figure behind GNMTC. Hannibal Gadhafi had also been linked to the company during a Libya-Switzerland spat in 2008 when he was briefly arrested in the alpine country for joining his pregnant wife in a violent assault on their servants.

Reached by phone in Tripoli, GNMTC's spokesman declined to comment.

GNMTC is not a Libyan-registered company subject to economic sanctions, but Hannibal Gadhafi is on a United Nations blacklist of figures associated with the North African regime.

Assets controlled by blacklisted individuals are subject to sanctions.

In June the European Union added six Libyan ports to a list of frozen assets — Tripoli, Al Khums, Zuara and the oil terminals of Brega, Ras Lanuf and Zawiyah.
President Dmitry Medvedev signed a decree that signaled Russia's observance of the UN embargo on arms, ammunition and military shipments to Libya shortly after the start of the conflict.

Russia was set to lose $4 billion in export earnings as a result of the ban, Sergei Chemezov, head of Russian Technologies, said at the time.
Though GNMTC's fleet was valued at $300 million for the alleged deal with Russian investors, before the outbreak of Libyan hostilities its book value was $1.3 billion, The Petroleum

Economist reported, adding that Hannibal Gadhafi may be seeking to raise cash as a part of an exit strategy for his family.

Moscow has sought to position itself in the role of an international mediator in the Libyan conflict, hosting Moammar Gadhafi's foreign secretary for talks last month.

"We must continue the search for opportunities for a peaceful solution," Medvedev said July 20.