LOGISTICS
24 July 2022 - 14:33
Update: 24 July 2022 - 14:36
Comments
1 dk reading time
Print
A
Maximize
A
Minimize
Comments
Russian Naval Drills Impact Black Sea Trade FlowsUkrainian officials denounced Russian naval drills off its Black Sea coast yesterday, saying the presence of warships made navigating the busy trade route “impossible”. Traders have so far been more cautious in their assessment, but data from VesselsValue shows a visible impact on trade volumes.The Black Sea is a major export region for several key commodities, including crude oil, refined oil products, liquified petroleum gas (LPG), steel, grain, and other agricultural products. Dry bulk exports registered a particularly strong January. However, as shown below, shipments of dry commodities in February are on course for a -44% month-on-month fall. Some -15% behind the five year average for the time of year, toward the lower end of their 2017-2021 range. 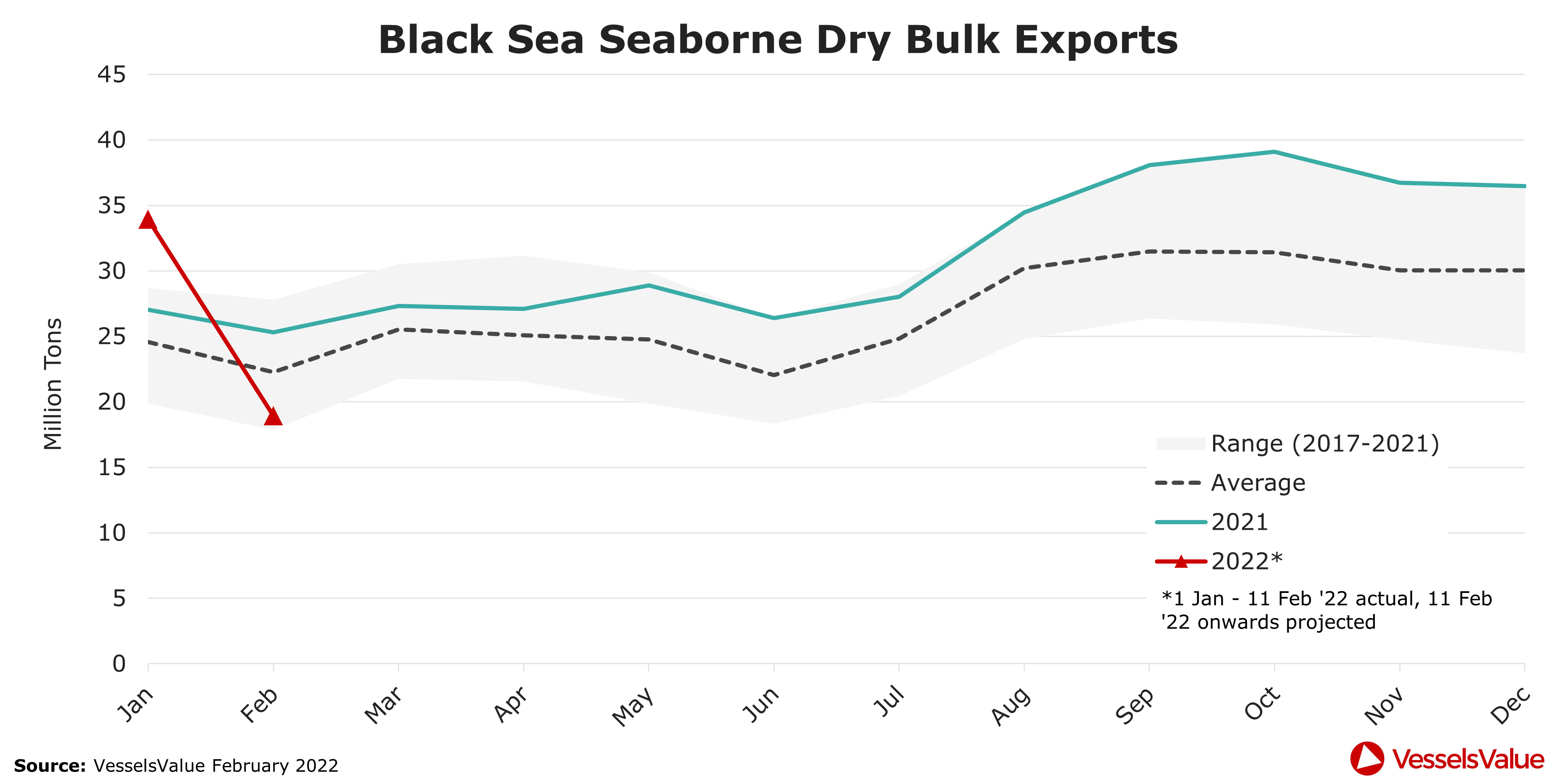 Oil exports are faring even worse, although there are additional factors at play, with generally weak demand for the region’s Caspian grade of crude oil reported from Asian refiners, which make up much of its customer base. January exports were again relatively strong, as shown below. But February volumes are on course for a -45% month-on-month decline and will be some -37% less than the five year average for the time of year. 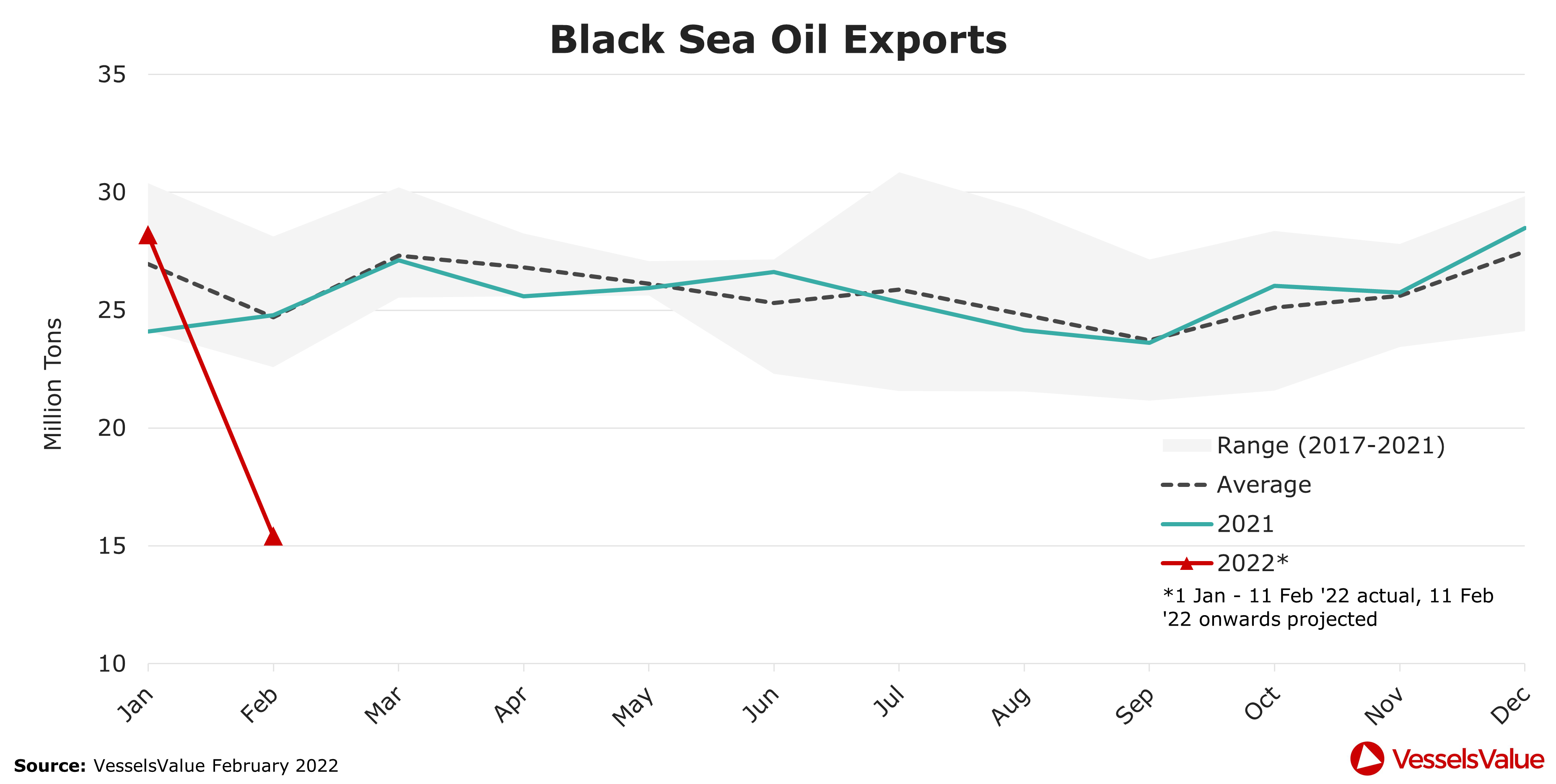 Meanwhile, LPG volumes show some impact, but are not quite so badly affected. These include ammonia, mainly used for fertiliser production, and other chemical gases. Black Sea exports are on course for a -27% month-month decline, falling to some -24% below the five year average and at the very lower end of the 2017-2021 range. 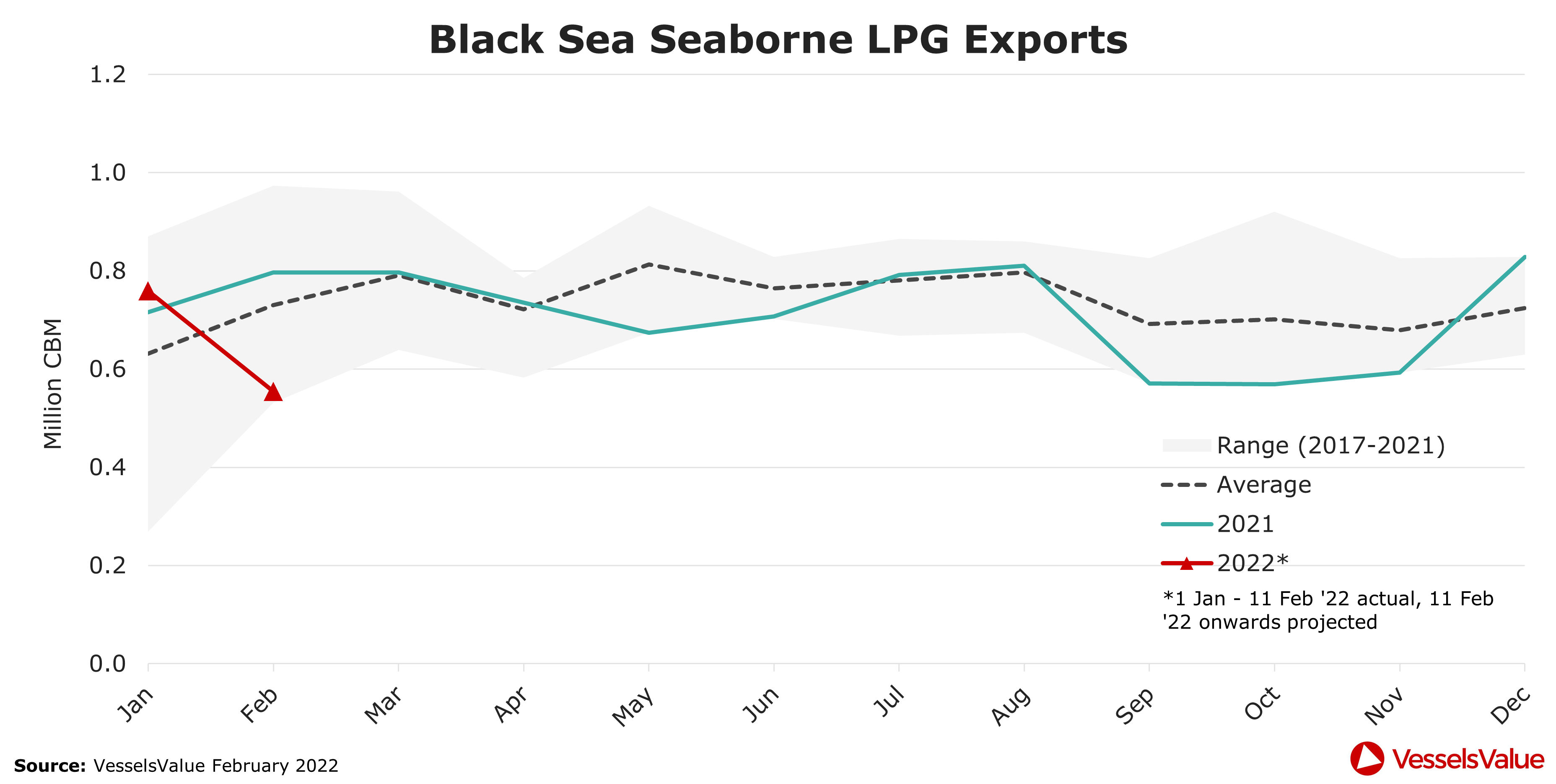 US sanctions on Iran shipping companies come into effect

US sanctions on Iran shipping companies come into effect