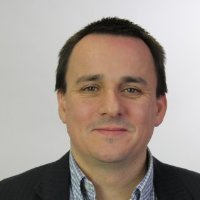 06 April 2016 - 22:54
Port development requires greater infrastructure investment: consultant
TO keep pace with larger ships means ports need to increase the size and quality of infrastructure, says Dean Davison, principal of Ocean Shipping Consultants (Royal HaskongingDHV, the Netherlands).
"A key location for meeting cargo demand is San Pedro in southern California and here there are two different options," he said, writing in the UK's Port Strategy.
"The US$2.1 billion Middle Harbour project at the Port of Long Beach will combine Piers D, E and F into a single, larger terminal, capable of handling larger containerships, such as the current containerships of up to 18,000 TEU that are now calling to the US west coast," he said.
This project, said Mr Davidson, started in the spring 2011 and Phase I is expected to see operations commencing this year, before work starts on Phase II with a target completion date of 2019.
"When fully built the 123 hectare terminal will have capacity to handle 3.3 million TEU," he said.
By way of comparison, he said, there is a longer-term project for the adjacent Port of Los Angeles is the construction of Pier 500 to provide a new 200-acre container terminal.
Likely to take up to 10 years to come to fruition it represents a highly-significant cost to undertake as it is primarily a landfill project not using any existing land-based infrastructure, albeit that it is within existing port boundaries.
But in this case, it represents the most feasible choice to maintain the port's competitiveness for its customers," he said.
"Without doubt the ability to be able to show future expansion potential in an existing location remains a major factor that can help a port remain a competitive call option for shipping.
"If an existing facility has invested in improved efficiencies and intensified operations through automation or maximised performance measures, only two options remains: increase and enlarge existing facilities at the current location or build a new terminal or port elsewhere.
"Both options represent a significant level of investment but both will cover long-term options to meet projected future growth levels, irrespective of the type of cargo," Mr Davidson said.
"A key driving factor in the planning process will be continued development of the industry itself. A good example in the container business has been the move towards ever-larger ships.
"While there will be a ceiling relating to how big the ships can go, the fact is that this tonnage has continued to increase in size quite substantially over the past 10-15 years and this has placed tremendous pressure on the port or terminal link in the logistics network.
"That said, while a terminal needs to be planning for longer quays, bigger cranes, deeper water, and high container exchanges on and off the ship, there can also be an impact on the surrounding infrastructure.
"For example, the raising of the Bayonne Bridge to allow access to key container terminals in the Port of New York/New Jersey and the Gerald Desmond Bridge replacement project in Southern California are just two well-publicised projects that will allow bigger ships to access key terminals in the US.
"Another significant infrastructure project worthy of mention is the Panama Canal expansion and the soon-to-be ability of the canal to allow maximum ships in the 12,500-TEU to 13,000-TEU size range to transit, compared with the current largest of around 5,000 TEU to 5,500 TEU.
"So the issue of port and terminal expansion and the choices available involve a number of other factors that must be considered in the planning and execution process, some of which
This news 4052 hits received.

"96-hours Seaman Visa" from Dubai must be used within 14 days, or reapply