IMPORTS of reefer produce from Mexico are on the rise in Florida's Port Manatee as it handles more international trade in the run up to the opening of the widened Panama Canal. 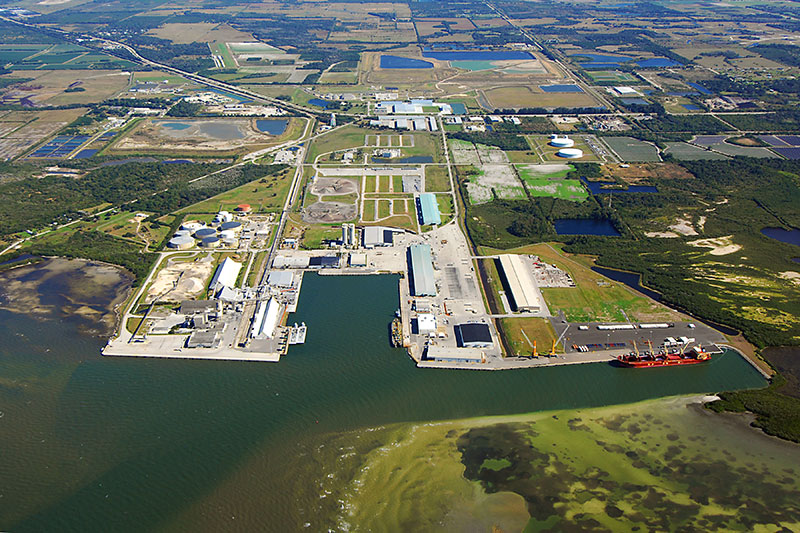 Nearest deep water to Panama, Manatee increases box volume 36pc
IMPORTS of reefer produce from Mexico are on the rise in Florida's Port Manatee as it handles more international trade in the run up to the opening of the widened Panama Canal.
World Direct Shipping is increasing imports to the closest American deepwater port to the canal, with 40 feet alongside.
In the six-month period through March 31, Port Manatee handled 3.3 million tons of cargo.
Liquid bulk cargo gains at Port Manatee driven by the 2015 fuel supply agreement inked with RaceTrac Petroleum.
Port Manatee's dynamic growth as a vibrant cargo gateway continues, with the Florida Gulf port reporting a 36 per cent year-on-year increase in containerised cargo handled in the first half of its fiscal year.
During the six-month period from October 1, through March 31, 2016, Port Manatee docks saw moves of 12,653 TEU, up from 9,321 TEU in the comparable year-earlier fiscal half. Imports led the way, increasing 40 per cent, to 7,398 TEU from 5,291 TEU.
The favourable results for the first half of the port's 2016 fiscal year come on the heels of an 83 per cent rise in TEU handled in the fiscal year ended September 30, 2015, compared with the preceding fiscal year.
"With World Direct Shipping increasing imports of refrigerated produce in its weekly service from Mexico, as well as consistent inbound shipments by longtime tenant Fresh Del Monte Produce, Port Manatee is extending a positive trend in the container sector," said port's executive director Carlos Buqueras.
"As we successfully advance our diversification strategy, we are seeing meaningful gains in overall tonnage moving through the port," he said.