Despite stronger indications of recovery in Malaysia’s shipping sector, sustainable recovery can only be seen in certain sub-segments given the diverse market conditions. 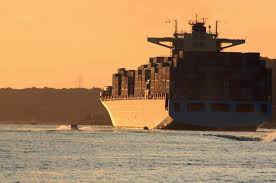 Despite stronger indications of recovery in Malaysia’s shipping sector, sustainable recovery can only be seen in certain sub-segments given the diverse market conditions.Kenanga Investment Bank Bhd’s research division (Kenanga Research) said while the overall market sentiment for the shipping sector has improved, volatility will continue but with better charter rates expected for the year.It noted that only some sub-segments of the shipping market were improving.“For petroleum tankers, for example, we only see significant improvements in the very large crude carriers (VLCC) segment in particular,” it explained.Liquified natural gas (LNG) vessel rates, on the other hand, continued to disappoint amid oversupply concerns in coming years, it said.“According to Lloyd’s List, there are more than 100 LNG carrier newbuildings due for delivery in the next three to four years,” it added. “This is 40 per cent of the delivered global LNG fleet of almost 400 vessels which includes 25 units that are 30 years old or older.“We believe that the market has been overly optimistic on the LNG gas trade and we think that the outlook for LNG vessel owners in the next two years is going to be tough,” the research team said.Based on the stocks under its coverage, Kenanga Research believed that MISC Bhd is the only company with substantial exposure to the LNG market and this does not bode well for the company in the medium-term.Meanwhile, Kenanga Research outlined that there has been a rising prominence for productions from the Eastern region.“We noticed a systemic change in global manufacturing and output pattern; shifting from the West to the East, especially China where demand for containerisation is most prevalent.“Therefore, we are of the view that in the long-term, the growth for trans-shipment container traffic will be driven mainly by intra-Asia trade while a slowdown may hit the Asia-Europe trades.“This is evident given that the P3 alliance – an alliance of the world’s top three container liners – has been given the nod to proceed and is likely to start soon as early as June and P3 will reduce their vessel calls on certain ports to lower costs.“However, on a net basis, we feel that the container port operators will not be hit significantly by this alliance, which could be more than offset by the fast-growing intra-Asia trade,” it opined.Overall, the research team viewed that despite its robust share price performance in 2013, there is still room for appreciation this year given its net cash balance sheet position despite being in a cyclical and asset-intensive shipping industry, still undemanding valuation (at 1.1-fold versus historical average of 1.3-fold), and sustainable recovery in the dry bulk shipping market with narrowing gap between supply and demand of bulk carriers.