SHE heard a terrible rumbling noise, then anguished cries for help as her rowboat pulled away from the Titanic that dreadful night in 1912. Now Laura Francatelli's firsthand account of the disaster, in the form of a signed affidavit given to a British board of inquiry, is set to be auctioned. 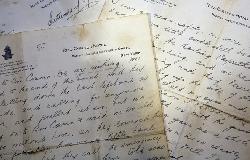 SHE heard a terrible rumbling noise, then anguished cries for help as her rowboat pulled away from the Titanic that dreadful night in 1912.

Now Laura Francatelli's firsthand account of the disaster, in the form of a signed affidavit given to a British board of inquiry, is set to be auctioned. 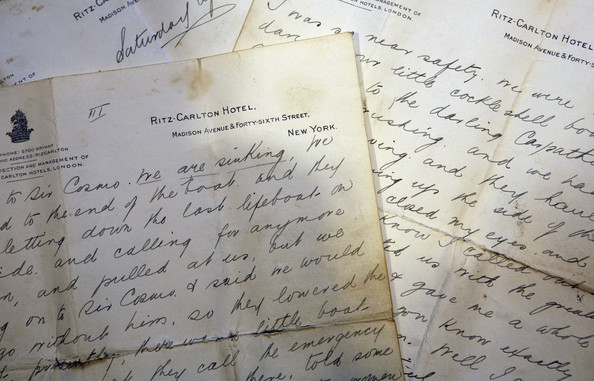 It is a gripping account of how she and her two prominent employers - Sir Cosmo Duff-Gordon and his socialite wife, Lady Lucy Duff-Gordon - survived, fleeing the sinking ocean liner in a rowboat with a capacity for 40 people even though they had only 12 people on board.

"You see a lot of documents that talk briefly about the incident, but this affidavit goes into strong details; it talks about Lady Duff being sick the whole time, about the lifeboat bobbing up and down, about the screams," said Andrew Aldridge, an auctioneer at Henry Aldridge & Son, which plans to sell the affidavit and other Titanic memorabilia on October 16.

"They were two of the most controversial survivors," he said.

"Sir Cosmo gave the crewmen who were in the lifeboat with him STG5 each, which was a tremendous amount of money at the time, and it was misconstrued at the time that he was paying blood money."

The implication is that the wealthy Sir Cosmo paid the crewmen to get him safely away from the sinking vessel without returning to help those who were drowning. But Aldridge said it is also possible that Sir Cosmo made the payments simply to express his gratitude.

He said it is not surprising Francatelli's account is sympathetic to her employers and makes it sound as if Sir Cosmo paid the men "out of the goodness of his heart".

In her written statement, Lady Duff's personal secretary described a scene of utter terror as they tried to get as far as possible from the Titanic.

"We kept on rowing and stopping androwing again," she wrote.

"I heard some talk going on all about the suction if the ship went down. I do not know who joined in the conversation.

"We were a long way off when we saw the Titanic go right up at the back and plunge down.

"There was an awful rumbling when she went. Then came the screams and cries. I do not know how long they lasted.

"We had hardly any talk. The men spoke about God and prayers and wives.

"We were all in the darkness."

Francatelli was 31 when the Titanic struck an iceberg on April 14, 1912. Her signed account was given as evidence to the first official British board of inquiry into the disaster.

She died in 1967. The affidavit has been in private collections since shortly after her death.