Vladimir Putin faces a catastrophic shortfall of at least $80bn (£51bn) in oil export revenue over the next year, after Opec kingpin Saudi Arabia signalled there will be no easing in the price war it has launched to recapture market share. 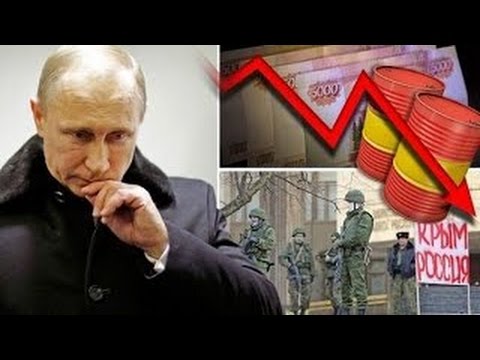 Vladimir Putin faces a catastrophic shortfall of at least $80bn (£51bn) in oil export revenue over the next year, after Opec kingpin Saudi Arabia signalled there will be no easing in the price war it has launched to recapture market share.

According to US Energy Information Administration (EIA) figures, oil and gas shipments accounted for 68pc of Russia’s total $527bn of gross exports in 2013, when Brent crude – comparable to Russian Urals – traded at an average of $108 per barrel.

Should the current price of Brent, at around $60 per barrel, be sustained over the next 12 months, that would result in Russia’s export income from crude dropping to $95bn, from $174bn in 2013. However, these losses will be amplified by the total loss of revenue accrued from lower prices for refined petroleum products and domestic sales of crude, which totalled $122bn in 2013, according to the EIA.

Comments made over the weekend by Saudi Arabia’s powerful oil minister Ali Naimi that the kingdom would not cut production even if prices fell to a level of $20 per barrel will have sent a cold chill through the corridors of the Kremlin where preparations are already being made to cope with a deep economic recession. Russia is being squeezed hard by a combination of tough trade and financial sanctions and plummeting oil prices, which are eroding its main source of hard foreign currency earnings.

Although officials from the Organisation of Petroleum Exporting Countries (Opec) and Saudi Arabia have dismissed the theory that the cartel has embarked on an all out price war by leaving its production unchanged at its last meeting in November, the view in Russia is that prices are being manipulated for political purposes.

Russia is in dispute with the US and its western allies over its seizure of Crimea and opposition to the new government in Kiev. In addition, Moscow’s relations with Arab powers such as Saudi Arabia and the Gulf states have reached a low ebb because of tacit support Mr Putin has offered the Syrian regime of Bashar Assad.

Russia’s finance minister Anton Siluanov warned before Opec gathered on November 27 that the country faced an economic crisis from the loss of revenue incurred from falling oil prices. He said Moscow was losing around $40bn per year due to geopolitical sanctions and some $90bn to $100bn per year due to oil prices falling 30pc. However, prices have since slumped further deepening the extent of those potential losses.

Moscow currently pumps over 10m bpd of oil and provides Europe with the majority of its natural gas supplies. According to EIA estimates, 33pc of Russian total exports are crude oil, which is mostly sent to Europe and Turkey, underlining the region’s energy dependence on the Kremlin.