Shah Md Sultanuddin Iqbal in the first of his two-part article. Indian Ocean with an area of 75 million square kilometres occupies about 21per cent of the world waters. 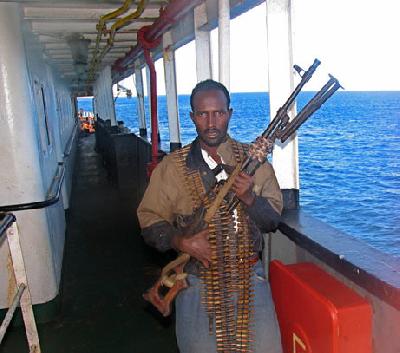 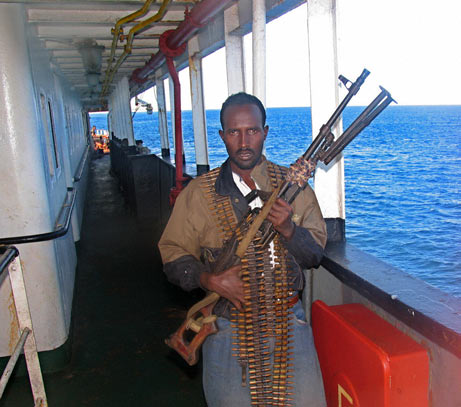 Shah Md Sultanuddin Iqbal in the first of his two-part article. Indian Ocean with an area of 75 million square kilometres occupies about 21per cent of the world waters.

Almost all the littoral, user and extra regional countries of the world use this ocean for transporting their petroleum and other goods through four choke points. These are Suez Canal (Egypt), Bab el Mandeb (Djibouti- Yemen), Strait of Hormuz (Iran-Oman) and Strait of Malacca (Indonesia).

Indian ocean generates vast revenues from fishing industry, hydrocarbon extraction and tourism etc. However, it is also the source of dangers which engulfs the security of nations, of which piracy is one of the major concerns.

Since time immemorial, pirates have threatened the interests of seafaring nations. There were empires based on sea ports e. g, Svirijaya and Malacca. Later the European and their naval armada came to colonise the empires and various countries using various sea routes. Despite this history, piracy had all but disappeared from the attention of the international community, till pirates operating off the coast of Somalia began receiving significant press coverage.

ln 2008, pirates hijacked the M/V Fiana, a Belize- flagged vessel transporting tanks and ammunition to Kenya including the M/V Sirius Star, carrying more than $100 million oil cargo for USA, in the vicinity of Somalia waters. A sum of US$ 3.2 million was given as ransom money for the hostage of the ships. Successful responses to anti-piracy security threats require international cooperation, because of its primarily transnational nature. As Singapore PM has eloquently observed, "Individual state action is not enough. The Oceans are indivisible and maritime security threats do not respect boundaries." Cooperation, in its broadest sense, occurs when states, in order to realize their own goals, modify policies to meet preferences of other states.

Of late, Bangladesh has come to the limelight after the hijacking of 'MV Jahan Moni' by the pirates from Somalia. The pirates are asking US$9.0 million as ransom. A total number of perhaps more then 600 people are being confined by the Somalian pirates. The anti-piracy cooperation is going for quite some time in the Southeast Asian part of the world. Of late (since 2008), the unprecedented increase in piracy generated in the African waters, has added a new dimension in the Indian ocean scenario. As such there is every possibility that, this 'anti-piracy cooperation' will at times overlap in Asia and African waters.

(a) Any illegal acts of violence or detention, or any act of depredation, committed for private ends by the crew or the passengers of a private ship or a private aircraft, and directed: (1) On the high seas, against another ship or aircraft, or against persons or property on board such ship or aircraft. (2) Against a ship, aircraft, persons or property in a place outside the jurisdiction of any State.
(b) Any act of voluntary participation in the operation of a ship or of an aircraft with knowledge of facts making it a pirate ship or aircraft;
(c) Any act of inciting or of intentionally facilitating an act described in subparagraph (a) or (b).

The definition emphasises the illegality of any violence, detention, or act of depredation committed by a person on board a vessel or aircraft against another person, property, vessel, or aircraft.

However, it must be noted that this definition applies only to any of the described illegal acts committed either on the high seas or outside the jurisdiction of any state. Thus, technically any of the described acts taking place within the jurisdiction of a state does not fall under the definition of Article 101. Aware of this technical point, the IMO (International Maritime Organization) has classified violent and illegal acts against ships, or property and persons on board ships, taking place in ports or territorial waters as 'Armed Robbery'. While by definition of 'piracy' the legal framework would seem to provide an adequate basis for prosecuting pirates, its practical application depends on whether national governments have sufficient domestic legislation and political will to actually bring the pirates to book. The current situation in Africa is an example where many countries due to loopholes in their legal systems had to release the pirates from Somalia after capturing them. To overcome such difficulties USA, UK, Denmark and EU have entered into agreement with Kenya. As per Kenyan legal system, the accused need to be produced within 24 hours of their capture. If the pirates are arrested in deep sea it may not be possible to produce them within the stipulated time. Thus it makes dealing with the pirates and dispensing justice difficult.

As such, there is an appreciation of the need of national governments to enact and enforce domestic laws congruent with the responsibilities imposed by international agreements such as United Nations Convention on the Law of the Sea (UNCLOS) and the convention for the Suppression of 'Unlawful Acts against the Safety of Maritime Navigation' (SUA convention). At present there is no single point of reference that details which states actually have the necessary laws and the statutory provision to execute the obligations under these two accords, and this is something that needs to be carefully addressed in order to increase anti-piracy cooperation.
Global dimension of piracy: The maritime landscape of Southeast Asia is complex, textured by rich cultural, political, economic and social diversity of the region' posing a myriad of obstacles in the establishment of a common security regime. In Somalia, the state of near lawlessness has prompted the locals to go for piracy in a scale whereby they earning US$30 million to 150 million yearly as ransom from the various ship hostages. Therefore, how to improve maritime safety, prevent the occurrence of piracy, and punish pirates in the light of increasing international cooperation have become major concerns of the shipping industry, shippers, insurers, and other vessel and cargo interests across the world, in particular those travelling frequently in the waters of Southeast Asia and Horns of Arica. Yearly loss due to piracy is approx US$ 1.0 billion to 16 billion. Over the 11 years period, from 1998 to 2008, more than 3,600 acts of international piracy and armed robbery at sea have occurred. Recent statistics from International Maritime Bureau indicate that in 2009 alone pirates attacked 217 ships with 47 successful hijackings. Pirates extorted more than US$60 million (in 2009) as ransom, the largest payment on record. In 2010 there were 324 pirates attacks worldwide (till Oct 20) with 37 ships hijacked and 631 hostages taken. Of the 324 incidents Somali pirates accounted for 175 attacks and 34 vessels hijacked and 587 crews taken.

Anti-piracy cooperation: Despite the complexity of the piracy issue the anti-piracy cooperation has been going on for quite sometime. After the Cold War, with the collapse of Soviet Union reconciliation started growing between the communist and free market camps in Asia. The 'ASEAN fold' completed its process by 1995 with the inclusion of Myanmar to the treaty of Amity and Cooperation (concluded in 1976). As a result, with localisation of various insurgencies, there arose a situation of peace and tranquility in the Asian scenario. The revolutionary structural changes that accompanied the end of cold war complemented regional dynamics already in motion, improvements in domestic security, rapid economic development, and the maturing of regional identity, to produce an environment conducive to increased cooperation and the reorganization of security priorities in Southeast Asia. Analysts quickly identified Maritime Security as a major concern.

The major international treaties and conventions concerning piracy control are the 1982 LOS Convention and the Convention for the Suppression of Unlawful Acts Against the Safety of Maritime Navigation 1988, 12 (referred to as the 1988 SUA Convention), which prohibits violent and unlawful attacks to vessels, property, and persons on board vessels and covers attacks which may not fall under the definition of piracy set out in Article 101 of the LOS Convention.

International cooperation to combat piracy: International cooperation at both the private and governmental level is being carried out to combat maritime piracy. The major international cooperation carried out by private companies and organizations is seen in the work of the IMB and the CMI. The IMB has established a piracy reporting centre in Kuala Lumpur. Its reports on piracy activities have been relied on by individuals and governments across the world. Besides its reporting function, it has increased the public awareness of the real danger and risk of modern maritime piracy both in human terms and to the national economies of the relevant Southeast Asian country. Its work will constitute part of any effective future international piracy control mechanism.

The major contribution of CMI to combat maritime piracy can be seen in its efforts to draft a model law on piracy control for consideration by IMO. Piracy control has been one of the major concerns for the IMO.
The rapid geographical and complexity of piracy necessitates a deeper and more comprehensive look at the various facets of the problem in order to devise a collective and more coordinated response. Being a global problem, piracy demands a global approach which includes the elimination of its root causes, suppressing its manifestations both on land and at sea and addressing its impacts. Most effectively this approach can be effectively implemented by the UN as the only universal organization able to consolidate international efforts in countering maritime piracy. Cooperation amongst its member states as well as other stake holder is crucial in resolving this issue.

BG Shah Md Sultanuddin Iqbal BP, ndu, psc, MBA (retd) is the A djunct Faculty at Darul Ihsan University. This is the edited version of the paper presented at the Asian World Watch (AWW) Forum last year at Shanghai, China. 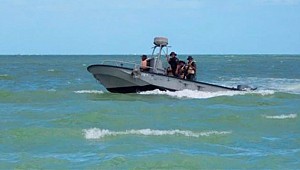 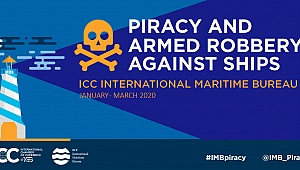 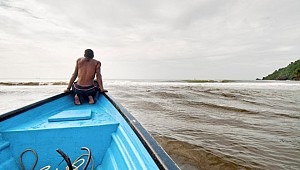 Supertanker Rents May Stagnate After Worst December in a Decade