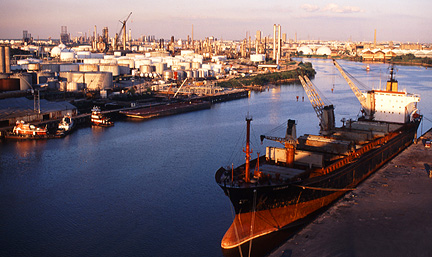 The port also said the 40-year old Barbours Cut Container Terminal is undergoing a modernisation programme to increase cargo handling efficiency and capacity. Together with the facility's sister container facility at Bayport, the Port of Houston now handles 68 per cent of all container activity along the US Gulf Coast and 95 per cent of the container activity in Texas, according to American Shipper.

At the April port commission meeting, various highlights were noted, such as the support of the inclusion of a coastal barrier system for the Houston/Galveston Bay area; President Trump's national infrastructure plans; and the approval of entering into a multi-party Interlocal Agreement with Harris County, Galena Park, and Jacinto City for infrastructure improvements.

Port of Veracruz to be dredged and expanded