In the letter submitted by the International Chamber of Shipping (ICS), it was stated that the International Maritime Organization (IMO) member states were invited to take market-based measures that are considered to help the decarbonization process of the maritime industry. 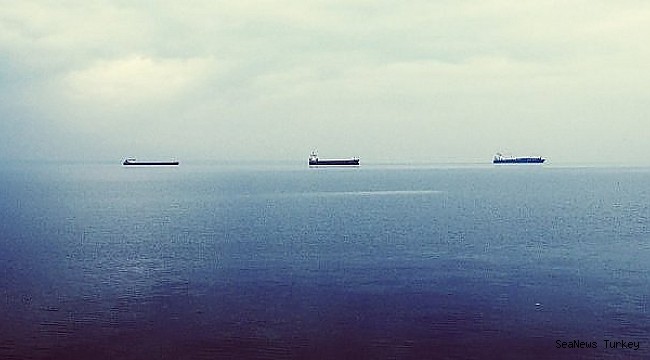 26 April 2021 - 10:54 - Update: 26 April 2021 - 11:00
In the letter dated April 20, 2021, presented by the International Chamber of Shipping (ICS), the International Maritime Organization for the development of market-based mechanisms that are considered to assist the maritime industry's decarbonization process, with a press release and a proposal by maritime sector organizations representing the majority of maritime trade It was stated that the (IMO) member states were invited.

The press release on Market Based Measures (MBM) is as follows:21st April 2021. Ahead of President Biden’s Leaders’ Summit on Climate, the world’s major shipping organisations have called on world leaders to urgently examine the role of market-based measures (MBMs) to ensure ambitious decarbonisation targets are met across the entire global shipping industry.

With the summit hosted by the United States seen as a vital precursor to COP26 and the IMO’s Marine Environment Protection Committee (MEPC), shipping bodies want leaders to put their political weight behind the industry’s desire to eliminate the 2% of all global CO2 that the sector emits.

Shipping bodies BIMCO, CLIA, International Chamber of Shipping, World Shipping Council, along with other industry groups, have submitted a proposal to the International Maritime Organization (IMO), calling for the UN’s regulatory body to bring forward discussions around MBMs by several years. These measures will be critical to incentivise the transition of the global fleet to new fuels and technologies, which will be more expensive than those in use today.

MBMs put a price on CO2 emissions to provide an economic incentive for a sector to reduce its emissions by narrowing the price gap between fossil fuels and zero-carbon fuels. Shipping leaders believe that now is the time for the IMO member states to consider the role of MBMs so that measures can be developed and implemented to facilitate the adoption of zero-carbon technologies and commercially viable zero-carbon ships.

For a pricing signal to work, there must be viable alternatives to fossil fuels. These alternatives do not yet exist for large trans-oceanic ships. Development of alternative technologies would be enabled by a massive acceleration of IMO co-ordinated R&D – to be financed by the industry - so that ocean-going ships will be able to switch to new fuels. To this end member states and industry have already put forward a mature proposal to create a 5 billion USD fund to provide the research and development needed to create the technologies to decarbonise the sector. Industry leaders have also reiterated their call for nations to support this R&D proposal at the IMO.

The growing need for the consideration of MBMs at the global level, along with accelerated research and development, is too urgent to ignore. The industry bodies set out in their submission to the UN:

“The ability to consider different candidate measures in parallel will be critical if [we are] to move forward with the urgency that the challenge of decarbonising shipping requires, given the urgent need to make progress on delivering [our] levels of ambition.”

In alignment with shipping’s strategy to reach decarbonisation targets already set by governments, the industry is encouraging the world’s largest economies to expand and accelerate applied research and development efforts. As MBMs can take several years to develop and enter into force, implementation of MBMs and their incentivising impacts will only be able to coincide with the wider introduction of zero-carbon technologies if measures such as the industry-financed R&D fund proposal are approved.

The shipping groups are calling for any MBM to be applied in a fair and equitable way. They echo concerns that have been raised over unilateral carbon pricing schemes, such as the EU’s proposed expansion of its ETS, which is seen by some observers as a market distorting solution to a global problem.

“Fair and equitable MBMs are a viable policy option to transition to the new fuels and technologies that will be necessary to phase-out GHG emissions in the sector. We’re joining with industry colleagues to urge the UN and national governments to prioritise discussion on MBMs to make sure that shipping remains on course to meet vital decarbonisation goals.”

“The decarbonisation of international shipping will depend on out-of-sector stakeholders developing market-available zero-carbon technologies and fuels and the maritime sector will need the technologies to use these. The urgency of the challenge requires leadership and a properly coordinated approach to catalyse and incentivise the transition to zero-emissions sector”

MPA and SMF step up efforts for maritime workforce transformation