Maersk has confirmed that small feedership has been arrested in Tunisia, following actions in relation to claims on fully cellular containership Maersk Honam 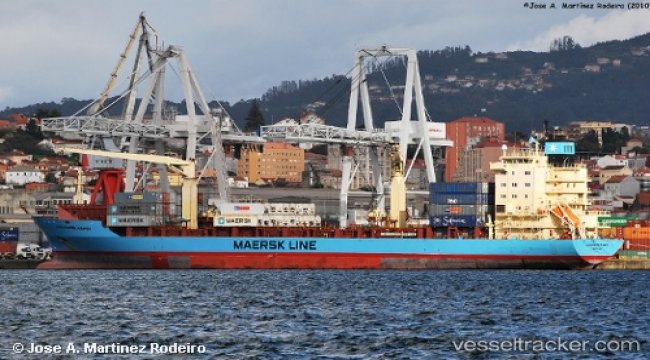 Maersk has confirmed that small feedership has been arrested in Tunisia, following actions in relation to claims on fully cellular containership Maersk Honam . A Maersk spokesman told in an emailed statement, that This is related to different claims cases which we are looking into and have informed our insurance company about. We cooperate with all relevant authorities to resolve the matter as quickly as possible.?. The spokesman confirmed that some of the claims mentioned were related to Maersk Honam , the containership that was struck by an explosion and fire in March, this year and which is currently undergoing repair works. Maersk declared general average following the fire and the casualty is expected to be the largest general average claim in history. The vessel was carrying 7,860 containers at the time of the fire, according to Lloyd?s List Intelligence. The British International Freight Association warned that insured losses are likely to total hundreds of millions of dollars. Fully cellular containership Alexander Maersk has been trading between Algeria, Malta and Tunisia, according to data from Lloyd?s List Intelligence. Maersk expected the vessel would be released, next week.