Kazakhstan utilizes the largest oil tankers on the Caspian Sea

Kazakhstan has put into service three of the Caspians largest oil tankersTuesday, September 07, 2010 - Countries are turning to the Caspian Sea to transport their oil to ports in Turkey, Iran and elsewhere, and are looking to increase the size of their tankers to maximize their total export value of the black gold. 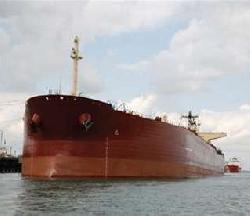 Kazakhstan has put into service three of the Caspians largest oil tankersTuesday, September 07, 2010 - Countries are turning to the Caspian Sea to transport their oil to ports in Turkey, Iran and elsewhere, and are looking to increase the size of their tankers to maximize their total export value of the black gold. 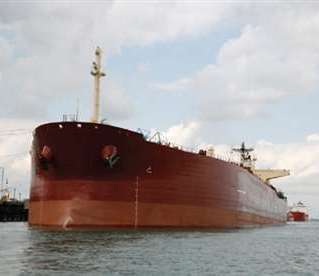 Kazakhstan has commissioned its largest-ever tankers to carry oil across the sea to ports in Azerbaijan, Russia and Iran.

These three tankers – Atyrau, Aktobe and Oral – will allow Kazakhstan to expand the amount of crude it transports out of the Port of Aktau by 57 percent. Shipments are expected to jump from 7 million tons this year to 11 million by 2014.

The new tankers are part of an effort to diversify Kazakhstan’s oil-distribution network, which relies heavily on pipelines running through Russia to the Black and Baltic seas.

Alternative distribution will be especially important when the giant Kashagan offshore field comes on line in the next few years.

They are not only the largest tankers in Kazakhstan’s fleet, but the biggest on the Caspian.

The Oral, commissioned in late July, is a little larger, weighing close to 13,500 tons.

The tankers join three others in Kazakhstan’s fleet that are a shade smaller – the Almaty, Astana and Aktau, each of which weighs 12,000 tons. Built by Russia’s Vyborgskiy company, the 12,000-ton tankers were then sailed down the Volga to Russia’s Caspian port of Astrakhan. From Astrakhan it was a relatively short sail to Atyrau.

Maritime experts who know the Caspian consider 13,000-ton tankers the largest that should be used in the sea, given the often-turbulent weather and the shallow depth of many areas.

But several other countries are considering building much larger tankers for the Caspian.

In fact, South Korea’s Hyundai and Italy’s Eni plan to open shipyards in Kazakhstan to undertake this task.

Other international companies are considering opening shipyards in Caspian Sea countries other than Kazakhstan, such as South Korea’s STX Shipbuilding who wants to set up shop in Azerbaijan.

STX has raised eyebrows by saying it wants to build 63,000-ton Panamax-class tankers for the Caspian.

This causes difficulties when it comes to loading and unloading cargo on the tankers.

Ports that are able to facilitate tankers of that size must have single-buoy mooring systems to load and unload.

A single-buoy system is an alternative to a dock for tankers too large to tie up at shore. Tankers have to attach themselves to the buoy, which is some distance from the dock, for loading and unloading cargo.

A couple of years ago, a joint venture between Georgia’s Greenoak Shipping and the National Iranian Tanker Company announced that it would build Panamax-class tankers on the Caspian as well.

But the international companies involved in the Kashagan and Tengizchevroil oilfield projects, which include American firms, have expressed concern “about the prospect of using Panamax-class tankers,” said Andrey Varochkin from Russia’s shipbuilding MNP Group.

One of the reasons for this hesitation is the stormy climate of the Caspian, according to Christopher Innes of Shell Oil. He studied the Caspian at the behest of the Offshore Kazakhstan International Operating Company, or OKIOK, which has since 2001 been known as AGIP KCO.

“There are only 40 days of calm, windless weather in the Caspian Sea, and this greatly limits its navigability,” Innes said. “The sea is turbulent, and the risk is high for ships with large displacement to overturn.”

Strong winds at Turkmenistan’s port of Turkmenbashi almost halved the loading of oil products several times last summer. Between July 6 and 8, for example, loading fell to 47,000 tons, compared to 61,600 tons loaded during a similar three-day period the week before.

Weather also limited loading at Aktau during part of July 2009.

Shallow areas of the Caspian pose as grave a threat to large tankers as bad weather, Innes said.

A major part of the shallow-seabed threat is lack of updated navigational maps that show depth, he said.

“It is not a secret that Caspian Sea depth measurements and pilot maps were mostly made by experts from the Caspian State Shipping Company” in Azerbaijan during the days of the Soviet Union, Innes said.

In the 19 years since the collapse of the Soviet Union, no government or organization has come forward with the money to rechart the Caspian, he said.

And the Caspian’s seabed undergoes major shifts nearly every year.

“Eighteen years is a long time for a sea like the Caspian Sea” to go uncharted, Innes said.